Refugees routes on the world map are often circuitous, the time required for final relocation is indeterminate, and their assimilation is never a given.
In this group of works, Leila Alaoui’s video installation explores the experiences of sub-Saharan refugees on their journey towards European shores, while at Choucha camp, Samuel Gratacap documents their unfavourable treatment in relation to Libyans. Myrto Papadopoulos encounters them in Izmir, where “migration facilitators” have set up a flourishing underground economy at their expense. As the main reception country, Greece is at the centre of global interest and Papadopoulos also take photographs at its beaches, this time of people in no mood for tourism. Their arrival and their routes to the borders are recorded by Giorgos Moutafis, the shots by Nikos Pilos illuminate their stay on Kos, and at Idomeni, Dimitris Koilalous images their interior transitional state in portraits. Closed off in temporary accommodation in the Italian city Pozzallo, Sofie Amalie Klougart’s protagonists experience their first contact with Europe, and in the “Jungle”, the huge shantytown which has been set up in only a year at Calais, refugees are given rapid integration classes which are brought to life through the lens of Isabelle Arvers. Aida Silvestri depicts their routes and experiences from Eritrea to the United Kingdom, native Rwandans in European countries and the relationship between homeland, landscape and identity are captured by Miia Autio, while Andrea Gjestvang focuses on a second, in effect, displacement, documenting the repatriation of adolescents from Norway. With his scratched portraits, Sam Ivin captures the loss of identity experienced by many of those who seek asylum, and finally, based on civil and military footage of border control cameras, Lia Sáile produces digitally altered videos depicting crossings at the Mexico/USA border by focusing on the actual act of frontier crossing itself. 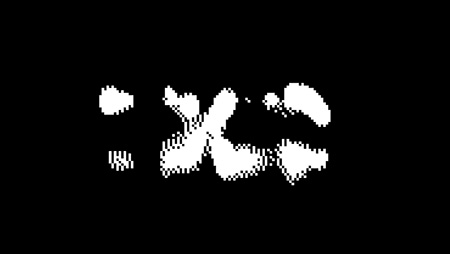 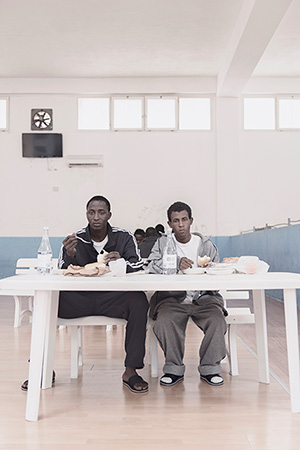 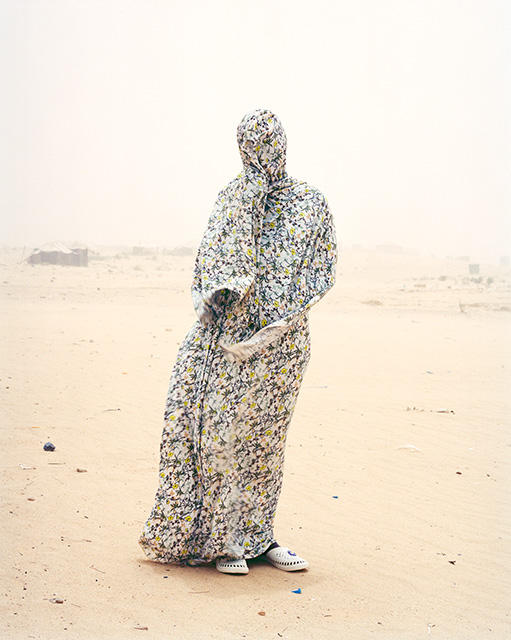 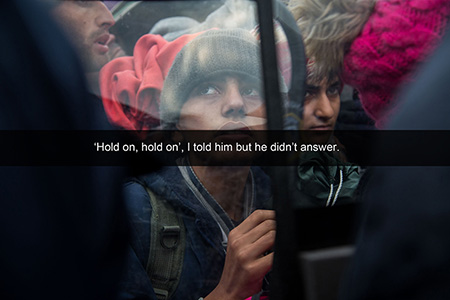 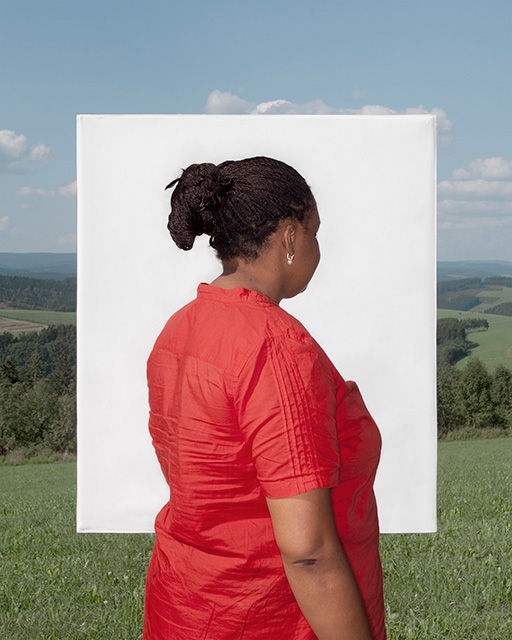 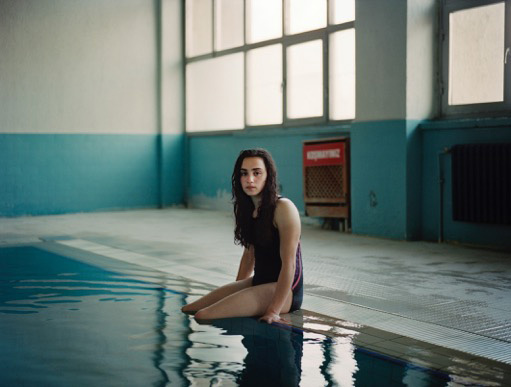