The seven photographers in this exhibition are distinguished for their attachment to places that are dominated by extreme antithesis and awkward juxtapositions of architectural structures, people and objects. Their works are dominated by their notable inclination in putting forward the complexity, the alienating aura, the ephemeral character and the absence of photogenia in these places. However, photography in its capacity to extract and compose in a technically impeccable mode has the ability to transform every subject into an object of visual pleasure.
Additionally, as a process, the collection of images bears similarities to children’s play where the transformation of the world into miniature is dominant as well as its reorganization in accordance with new terms. Through possessing, clustering and ultimately handling them, photographs propose a tool of understanding and exercising control over these places.
The photographic series in this exhibition exemplify through these places the daily confrontation of the local culture with the global economy and the impossibility of assimilation of the past in today’s environment.
Among them tourist phantasmagorias in often conflictual areas are represented in the “Sinai Park” by Andrea and Magda and Philip Cheung’s “Desert Dreams” where he focuses on the modern identity of the Emirates where nomadic Bedouins are involved in international investments and tourism. “Paradise Inn” by Marinos Tsagkarakis examines the advent of tourist industry in the Greek coastline and its transformation into a grand thematic park. Former Soviet territories dominated by contradictions such as the past monumental architecture and the influences from the contemporary architecture of Dubai and Kuala Lumpur, atheism and the upcoming Islam consist places of constant transition and search for national identity. This condition is explored in the region of Kyrgyzstan, by Aleksey Kondratyev, in his project “Formation” and by Julien Lombardi in Armenia with the series “The Unfinished”. Remnants of past modernist utopias are presented by Laurent Kronental in the series “Souvenir d’un Futur” and Kostas Kapsianis studies provincial areas through the antithesis of past and present in the “Re-encounter”.
The photographs function as stepping stones for a dialogue on the topics that emerge from extreme antithesis and awkward juxtapositions. 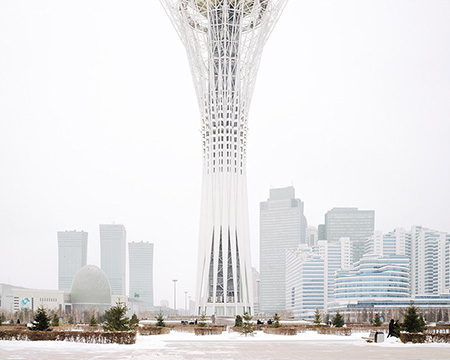 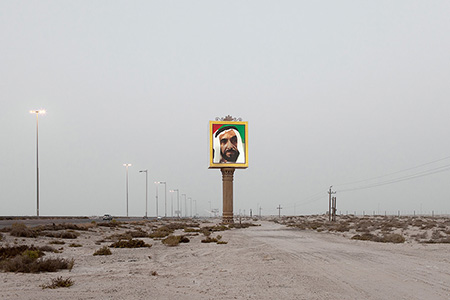 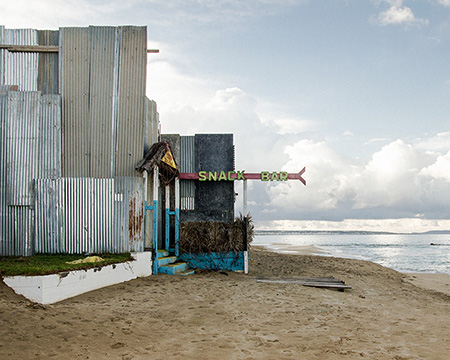