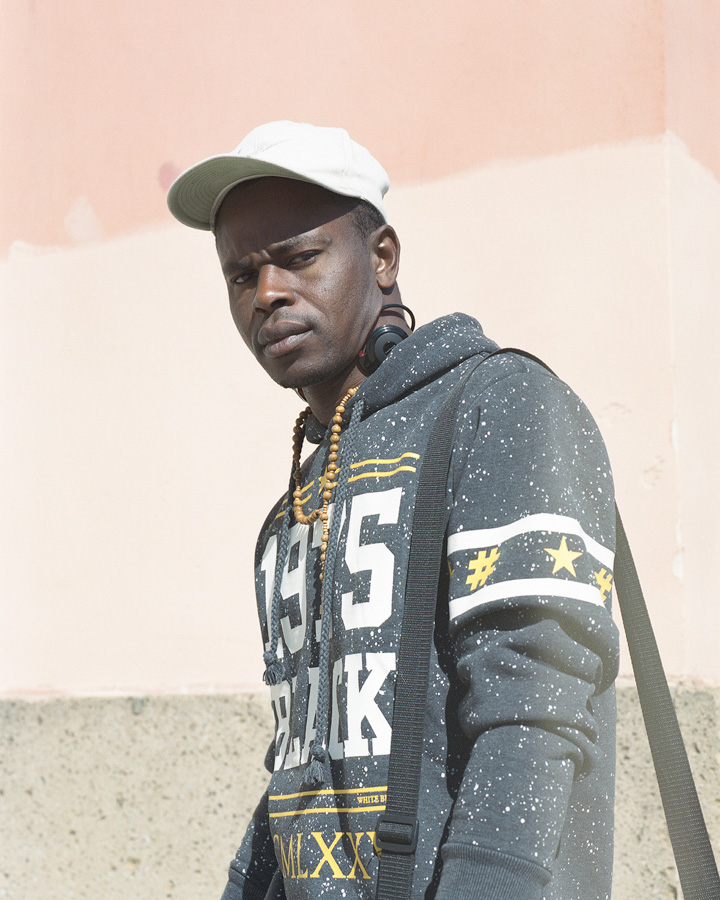 Labirinto explores architecture seen as a vector for ideology thus permeating inhabitants’ thoughts. Architecture outlives its creators and may still smuggle fundamental ideas and atmosphere from past days. The Labirinto project is a starting point to discuss how architecture influences inhabitants and if a city, structured as a symbol of fascist ideology, can become a home for strangers. In the 30’s, the Città nuove : Littoria, Pontinia, Sabaudia, Aprilia and Pomezia, were created to renew civilization and fulfill Mussolini’s project for a “purified nation” of New Italians. Labirinto juxtaposes fascist architecture and the portraits of recently arrived migrants. As they wander through a temporarily deserted city, occupying the scene of a petrified ideology, they reveal a striking contrast with the ideology embodied in the architecture.