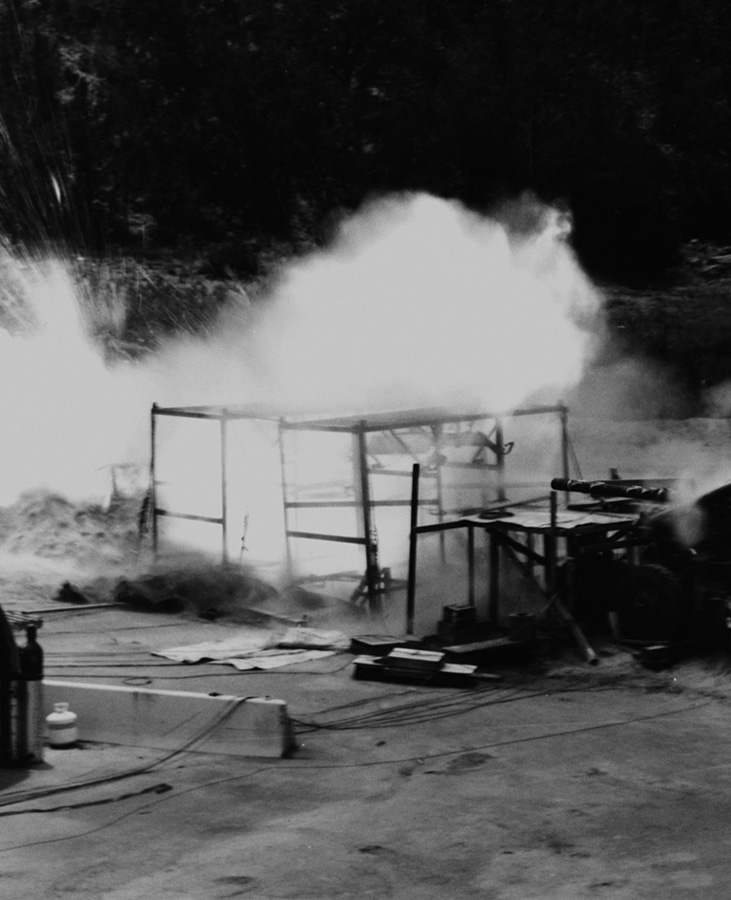 The first atomic test of history took place in the Trinity Site, New Mexico on July 16, 1945. In the same area now rises the largest military base of the United States.The project starts with the reports of the eyewitnesses of the nuclear detonation and ends with the stories of the veterans of the Iraqi war. We explored the area aiming to investigate the subtle and suspended atmosphere of this american suburb. Most Were Silent is a post-atomic travel and a reflection on the background of wars and on their consequences on private destinies.