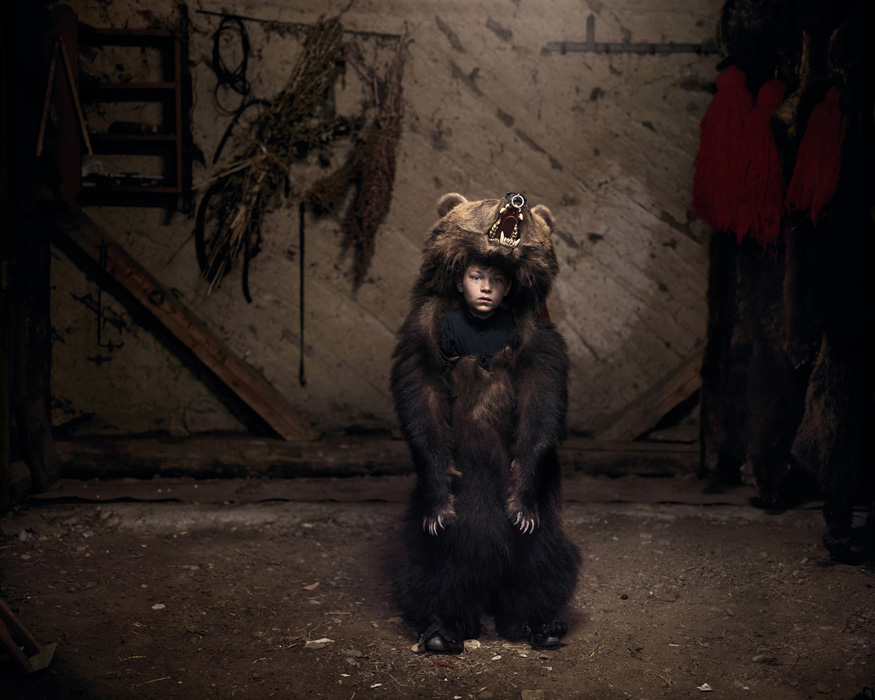 Spiritual tradition and physical heritage are simultaneously disintegrating in Romania. Time is beginning to undermine centuries-old traditions preserved in tiny villages, in communities of only a few houses, as well as the bastions of the communist era’s enforced industrialisation, which became part and parcel of Romania’s recent history.

Those living in the reservations of forgetting blend with nature, exhibiting a humility inherited through generations. Urged on by modernisation, they are living out their last days in evident equality of closeness to nature and, helping time, they are diligently pulling down the absurd edifices of their environment.

In the manner of termites, they carry away small pieces of immense concrete constructions on the rickety carts of poverty, pick through reinforced concrete frames of former factory monsters, power stations and furnaces, dismantling monuments of formerly enforced modernisation which have corroded into a stage set. One year ago, I began photographing the scenes of a world irreversibly decaying, the transformation of a Balkan country surviving the region’s hardest dictatorship. When capturing the still recordable milieu I am examining the parallel of a general tendency and personal stories: as resilient humanity condensing into symbolic destinies takes shape in the face of mortality.

Supported by: Hungarian Embassy in Athens