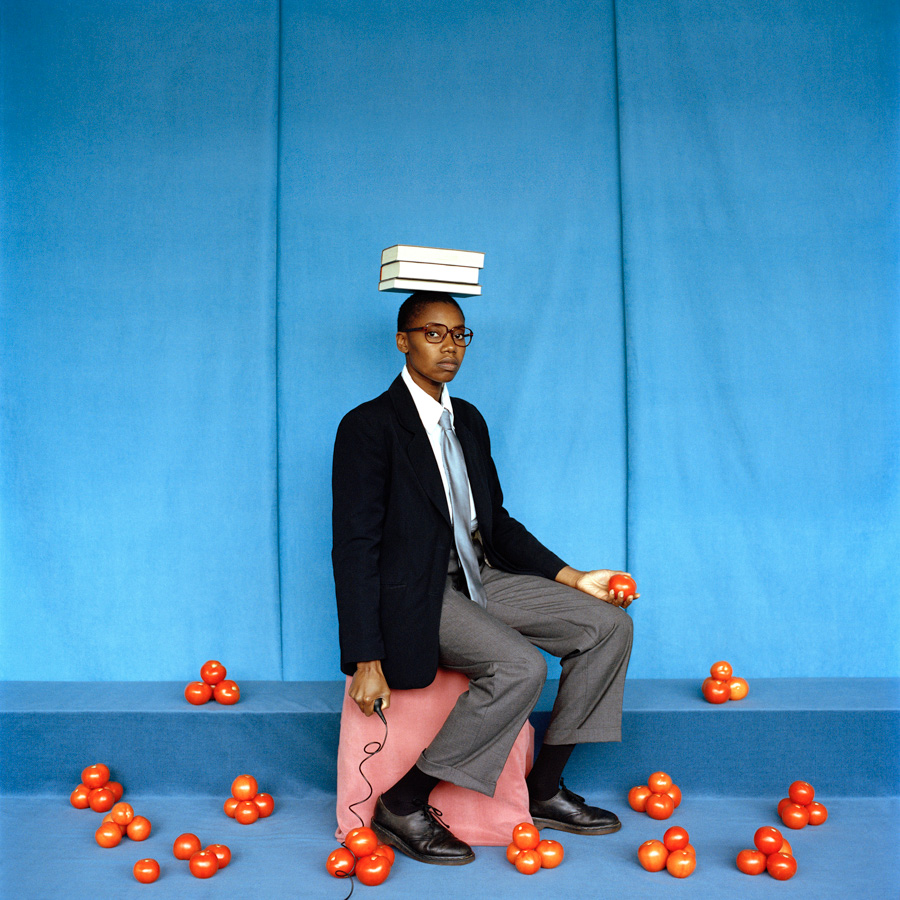 Silvia Rosi’s Encounter is a fictional representation of her family album, exploring tales of migration and diaspora through self-portraiture, performance and symbolism.

Inspired by an image from her own family album, of her young mother as a market trader in Lomé Togo, Rosi retraced her parents’ journey of migration from Togo to Italy. This is a story that is both deeply personal and at the same time universal.

With her mother as source and muse, Rosi performs her family narrative recreating both visual and oral histories through the combination of photography, text, and video. She references the aesthetics of West African studio portraits through the use of backdrops and props. The act of head carrying, a skill traditionally passed on from mother to daughter, is central to the work, learned and performed by Rosi in an attempt to regain a tradition that has been lost through migration and her position as a European.

Encounter is a homage to the family album, an object which is in constant transformation and recontextualization as time passes and relationships progress.

Silvia Rosi (b.1992, Scandiano, Italy) is an Italian/Togolaise London based artist, working with photography and video to explore ideas of memory, migration and diaspora. She graduated from London College of Communication in 2016 with a BA (Hons) in Photography. Recent exhibitions include Presenting Cultural Connections,1:54 Art Fair, Somerset House (2019); Emergence, The Art Pavilion, Mile End (2016); Beyond the Camera, Pingyao International Photography Festival (2016); Black Blossom Exhibition – Highlighting the Voices of Black Women (2016). Silvia Rosi recently undertook a Thread residency in Senegal, which she spoke about at a talk for 1:54 A Contemporary African Art Fair.