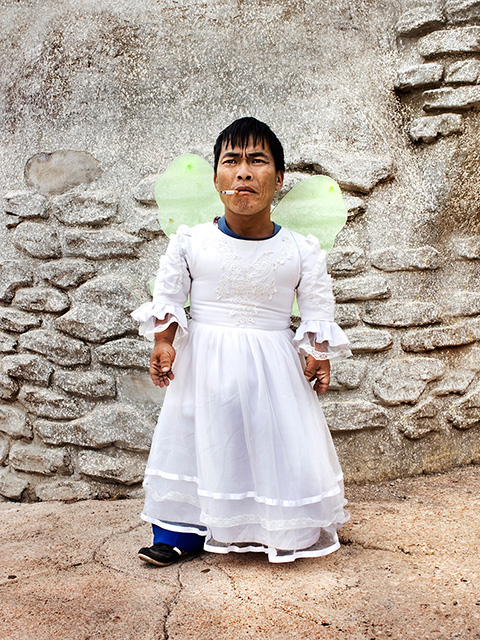 In southern China, near Kunming -the city of eternal spring- there is a theme park that is home to 77 little people. The inhabitants present a song-and-dance show twice a day. This Promised Land was founded by a tall, rich man who was determined to ‘do something good’ for the little people. Chinese charity dressed in commercial attire. The facade of this empire, with its walls of synthetic material, permanently seems on the verge of collapse. Nevertheless, the empire holds its ground. I embarked on an adventure with a handful of ethical questions about commercializing social care. Every story has two sides but in this place every question and every answer seemed contradictory. My adventure ended up as a modern anti-fairytale, a collection of images of my making, and theirs. My own trick forced upon myself.