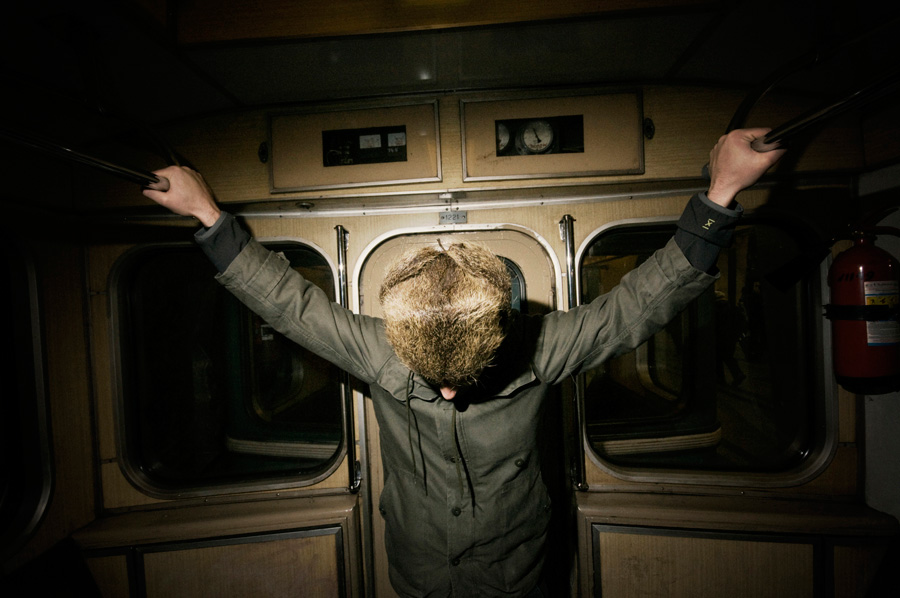 A thin and an invisible ice layer, which makes the free movement difficult and damages our self-confidence to choose a direction. An invisible barrier which has a fearful influence on us when moving from one place to another. Leaning in a kind of imaginary wall which makes our path easier and which makes decisions for us.

The city is an alien nucleus, full of companions, but empty of partners. Transported by an intangible flow, addressed to observe as extras in a plot with an agreed end. Moscow is the Soviet paradigm, an enormous city. It has been unknown for other comparable world cities as regards area and population, but neither with the same social system nor with the same regime, since a few years ago.

It looks like there is a dislocation in its inhabitants due to the impact of a complex reality. A difficult position for people, who are obliged to follow trails and who are so little taken into account when building a critic and constructive voice.

Supported by: Embassy of Spain in Athens