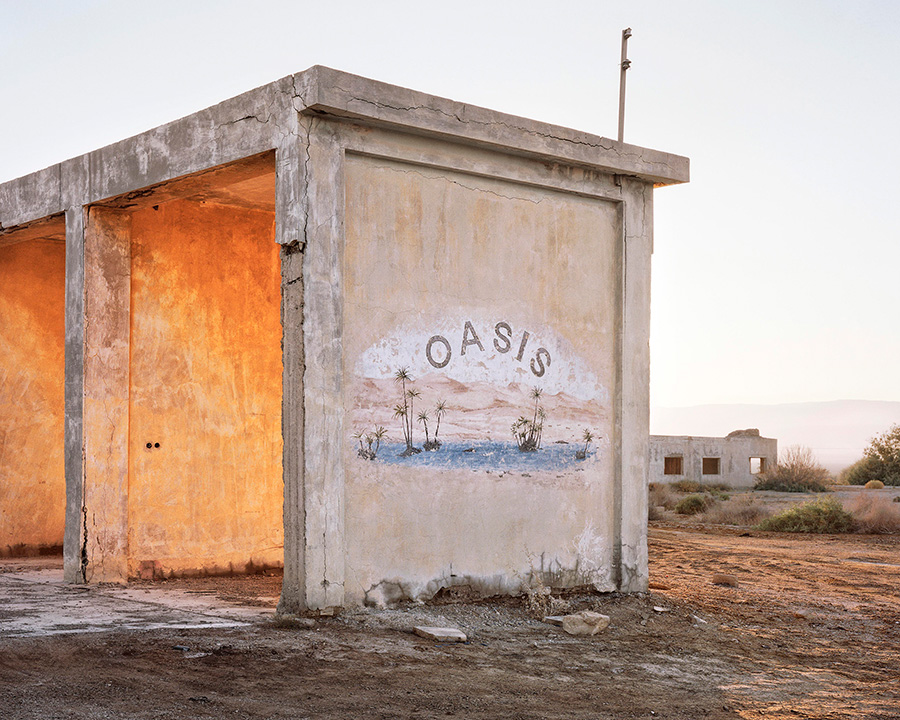 The ‘Syrian-African Break’ is the Hebrew name for the Great Rift Valley, a series of land rifts caused 35 million years ago by movement of tectonic plates. This geographic phenomenon has been referenced  throughout the regions historical conflicts since the biblical era. After 1948 the rift valley played a key role in shaping the physical borders of Israel with Lebanon and Syria in the north and Egypt and Jordan in the south.

This is a lyrical photographic journey along the topographic boundaries of the ‘break’ in search of images with an emotional duality; pictorial and provoking, yet tinged with sarcasm, irony and underlying ideological tones. Each image is a singular peek in this ongoing exploration and together offers a new perspective, questioning the photographic narrative of ‘here and now’ and my position as a documenter.  I think of myself as a storyteller, a poet.

Roei Greenberg (IS)
Along the ‘break’