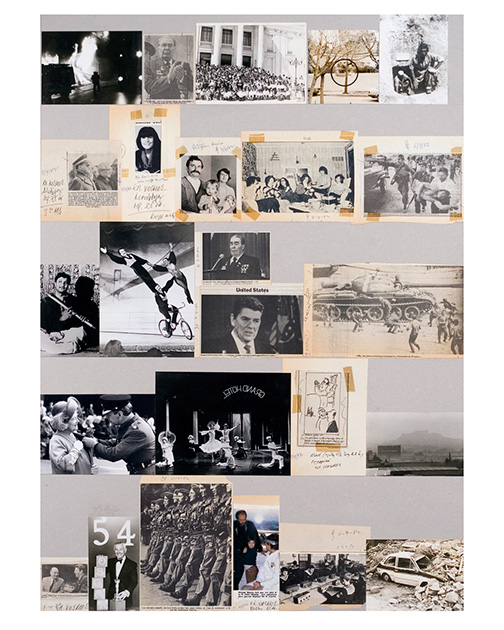 The Past and Remembering

In Southeastern Europe, remembering the recent past is always a gamble. Marked by wars and hostilities, the past is full of conflicts and continues to represent to this day a barrier to any form of rapprochement, filling current political conflicts with emotion. Kept alive by parents or grandparents in the form of “oral history”, it is developing for many into a family trauma. Living with the past remains arduous work and often seethes dangerously in the background, because the results of the conflicts have not been dealt with and remain deeply engrained in body and soul. Memories which have not been overcome distort the view of the other side, of similarities and of the fact that the others – often, literally, one’s neighbours – have also undergone similar experiences and find their own traumatic memories equally difficult to overcome.

National narratives on the other hand represent at best the desire for integration within one’s own national borders and demarcation with respect to the outside world. They tell of “history” in line with ideologies and specific interests; they create national myths rather than “truth”; they construct a national self-image which is flattering to itself and which can be called up and used at any time.

Of course the arts are not an incorruptible paradise: every tyrant has found his own zealous portraitists, court poets and composers. And yet, art always demonstrates some form of resistance, some dissatisfaction with the status quo. It may derive from the freedom of expression which it demands for itself, and from its general openness to different interpretations, or from its special suitability for developing new ways of thinking and not rejecting – indeed even challenging – even the most strongly contrasting attitudes.

Following an initiative by the Goethe Institute, curator Constanze Wicke, supported by the heads of the Goethe Institutes and other curators in the participating countries of Southeast Europe set out in search of artists who examine the subject of “memories” in their work and who have made the dramatic history of the region and reflection on past and present conflicts in Southeast Europe the subject of their art.

The result is a remarkable collection of works (photographs, videos and installations), which confronts the viewer with different attitudes, approaches and evaluations. The exhibition may well be the only one of its kind to date in Europe: it has assembled the works of artists from Albania, Bosnia and Herzegovina, Bulgaria, Greece, Croatia, Macedonia, Moldova, Romania, Serbia, Turkey and Cyprus in a joint show. It thus revives memories and customs of remembrance which could not be more different from each other.

The exhibition was originally on view from May to September 2013 in the Museum of Photography in Braunschweig, before it went on tour through Southeast Europe, where – we hope – it will become the starting point for further artistic examinations of our shared history in Europe.