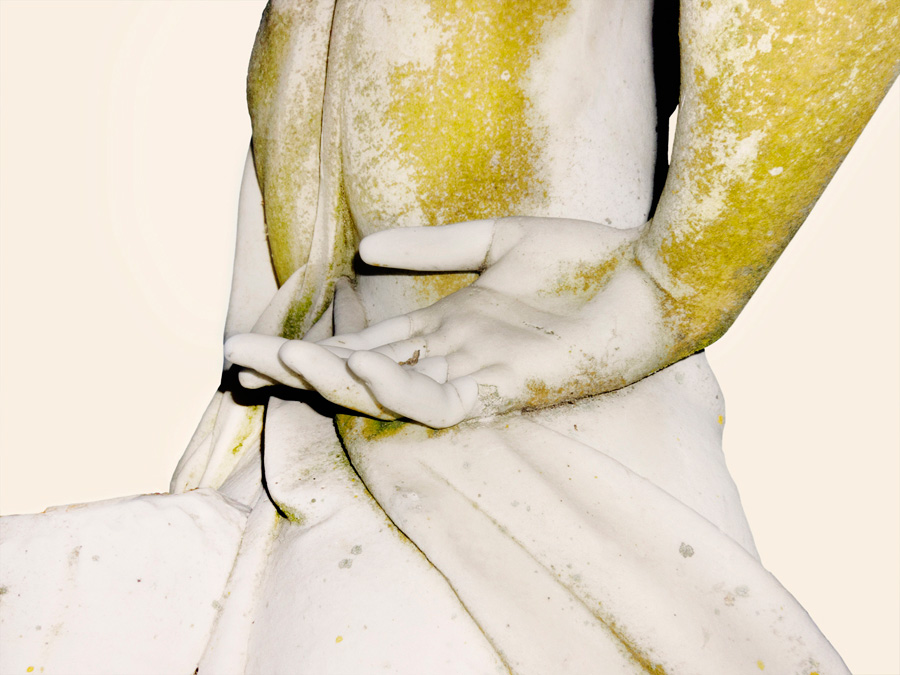 «Surrounded by the silence of centenarian olive groves, mountains and seas, the city today struggles to carry the weight of its own existence… With more than 4 million people living today in Athens’ metropolitan area, the city itself is a controversial image on its own, sketched by the difficult reality that everyday an increasing number of people are facing. It is a depression that gradually influences every aspect of life, economically and psychologically, in quite a dramatic and absolute way, as the consequences of this crisis are extending and the agony for tomorrow is constantly growing. Around the world, images of graphic violence and distressing poverty have been transmitted by the media, enhancing the depressed portrait of the city. »

Reflecting on this text by Petros Koublis, I’m thinking that his photographs have a soothing quality. They may even suggest a survival guide, a healing method against depression. His proposal is actually simple. A recovering of our senses, as to manifest a reconfiguration of the consciousness over the environment we live in. For this is what his photographs are reflecting: the senses of touch, hearing, smell and all the emotions arise by the sight of things around us. In other words, there’s no message or any spectacular idea expressed; it’s a mere visual experience intending to let us feel and recognize a feeling rather than an item. And something more. It’s a proposal that brings into surface for once more the context of poetry in photography, the «equivalent» as introduced by Alfred Stieglitz, a century ago. «Ephemera» as we say «Equinalents». Enjoy.