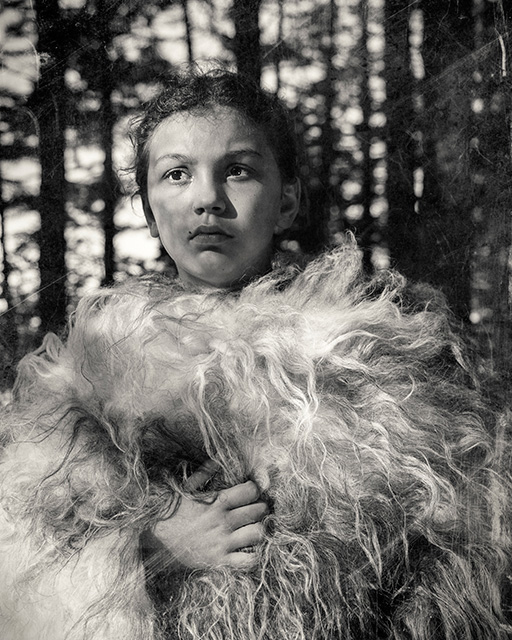 In the early 1900s, my great-grandfather settled on an island off the coast of Maine because it resembled his homeland of Sweden. As a result, my family returns to Gray’s Point each summer for over a century. Throughout his life he shared exquisitely detailed accounts of the early settlers of the New England apple orchard farm that included such characters as a one-legged ship cook, a widowed schoolteacher, and an ingenious Native American blacksmith. The tales were an intricate mix of facts and lore that fueled my imagination and often had the power to transform floorboard creaks and shadows into enduring ancestral spirits. My decade long photographic project “Pine Tree Ballads” is a poetic memoir that embraces this spirit of magic realism.