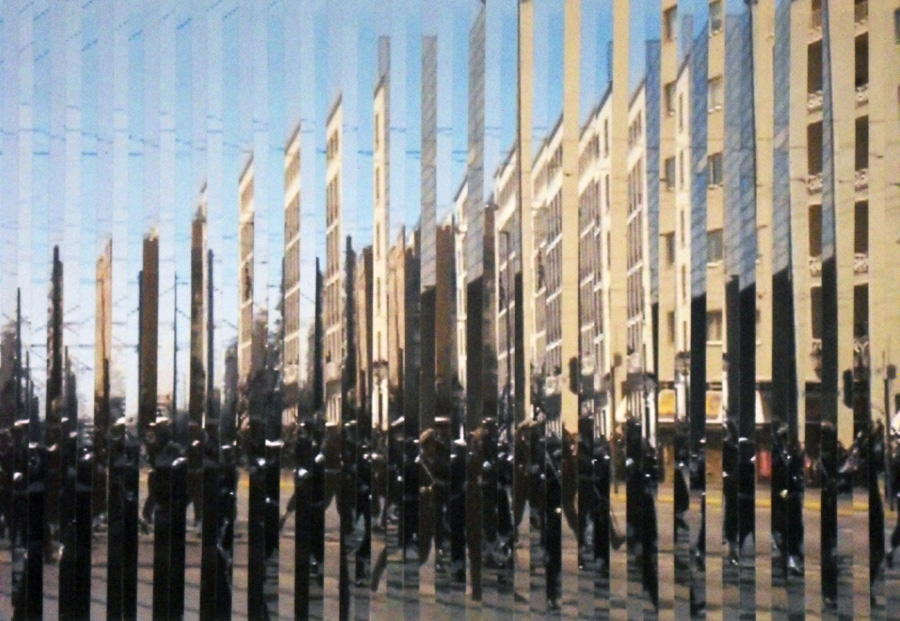 2013 is a series of collages consisting of printed images of military parades. Each collage is a composition of three consecutive scenes taken from a videotaped parade. The final combination maintains throughout the same sequence in terms of the placing of the fragments of each scene, i.e. a piece of the first scene is always placed first, then a part of the second scene, and then a part of the third. This placing sequence creates a (temporal) motif, which breaks the image into pieces, lending it a sense of movement which is not fulfilled. The figures marching along, as well as the surrounding space, are thus in a state of suspension.