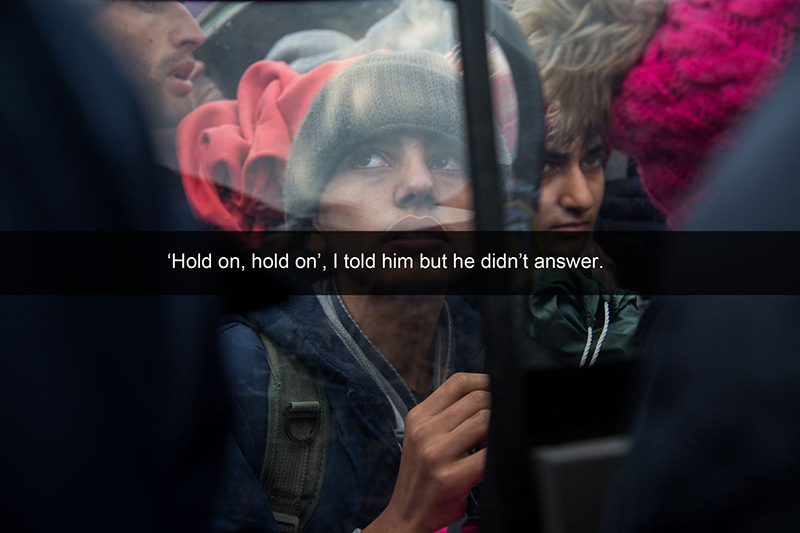 Since 2009 the Greek photojournalist Nikos Pilos has been covering the effects of the economic crisis on his home country. Under the title ΚΑΟΣ (Chaos) Paradox and Pilos are working towards a visual round-up of this sad period in 2018. Yet, last year, the refugee crisis hit Europe and Greece in particular. Pilos has been involved ever since, documenting the tragic events that were and still are shaking the European community.

Borders Kill is about large masses of economic migrants and refugees being stuck at the Greek borders. For the first time, Pilos made videos in addition to his photographs. The footage is shot throughout the year, displaying the situation on the island of Kos and at the Idomeni border. In his videos Pilos jumps from capturing the masses of people to individual stories.

Borders Kill is the first project of Chaos that deals with witnessing the transformation of a Europe in crisis. Other stories with complementary angles will follow over the next years.