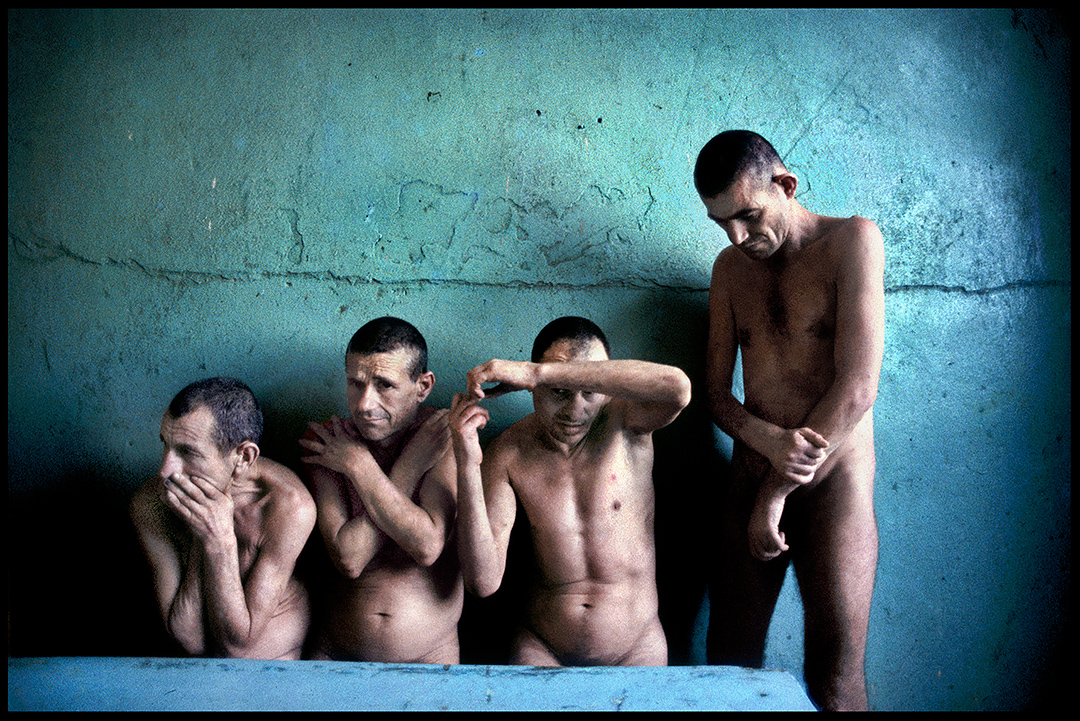 Founded in an Italian army barracks on the Aegean island by royal decree in 1958, the ‘Colony of Psychopaths’ (renamed ‘Leros Psychiatric Hospital’ in 1987) received hundreds of mentally ill patients from every corner of Greece for decades. Patients, who were placed in the care of a mostly untrained local staff, were entirely shut off from society. The horrific conditions at the facility were nationally exposed by the Greek magazine Tachydromos in 1982, in a feature including photographs of naked and emaciated patients. This photographic series is part of that assignment. At the time, it was reported that only one person ever succeeded in leaving the infirmary. A subsequent expose by British newspaper The Observer in 1989, prompted the drive for reform and a process of de-institutionalization.