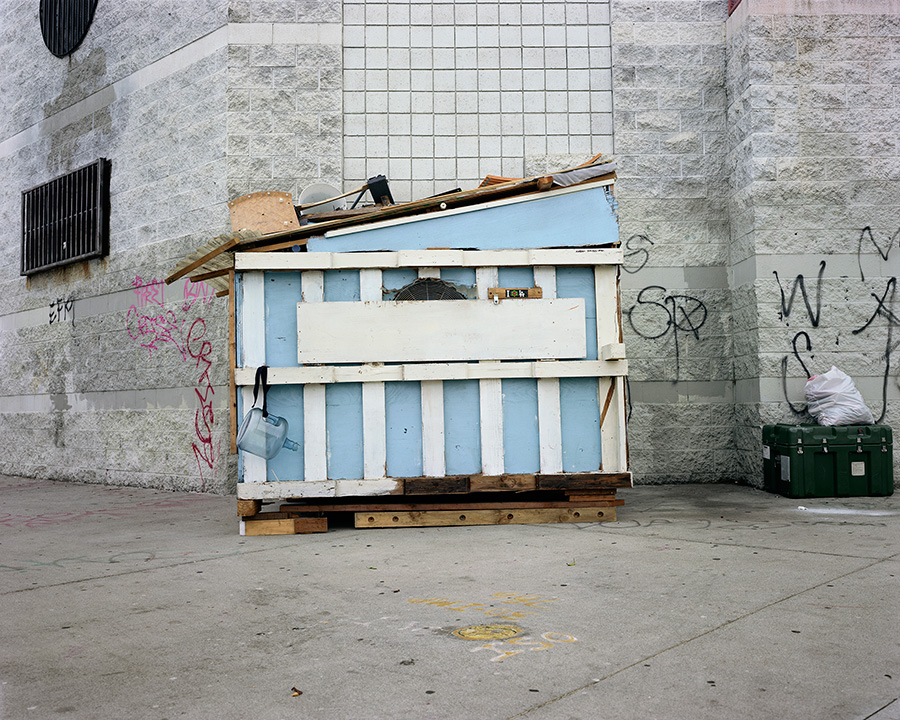 The show’s title is taken from Homer’s Odyssey. Throughout the epic, Odysseus is described with the adjective “polytropos,” or “many-turning” – a word that evokes both his physical wandering and his mental resourcefulness.  The word resonates with the subject of the single photograph in the centre of the show: a temporary housing structure in Los Angeles, occupied by a homeless man who must continually move it to escape danger or eviction.  The word also resonates with Waplington’s multi-media practice, demonstrated in this show by several small paintings on aluminium – each of which represents one of the monstrous, mythic dangers faced by Odysseus in his wanderings.