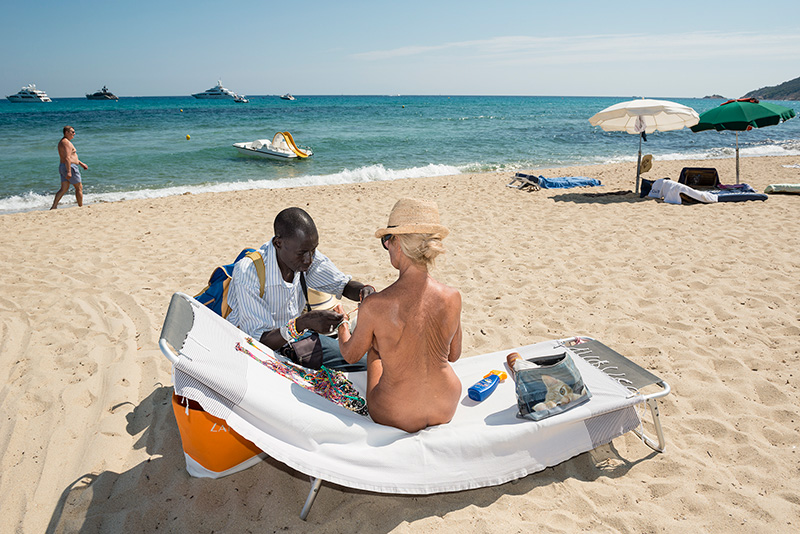 “The Pacific may have the most changeless ageless aspect of any ocean, but the Mediterranean Sea celebrates the continuity of man.” (Ernle Bradford)

Rich in history and blessed with a pleasant climat, the Mediterranean is the most popular tourist destination in the world. Over 200 million tourists flock to the Med every year, putting great pressure on its natural scenery.

At the same time the Med functions as an unintentional castle-moat around Fortress Europe. Thousands of desperate immigrants from Africa and Asia continuously attempt to cross the water in shabby boats.

From 2010 until 2014 I travelled the Mediterranean shores, documenting various contemporary issues such as tourism, urbanization, conflict and migration in 20 different countries. While I was working on this project, the region continuously hit the headlines: crisis in Greece, the Arab Spring, boat refugees, wars in Libya, Syria, and Gaza.

This caleidoscopic portrait of the Mediterranean juxtaposes parallel realities and exposes the paradoxes of this region.

Nick Hannes (BE)
Mediterranean – The continuity of Man