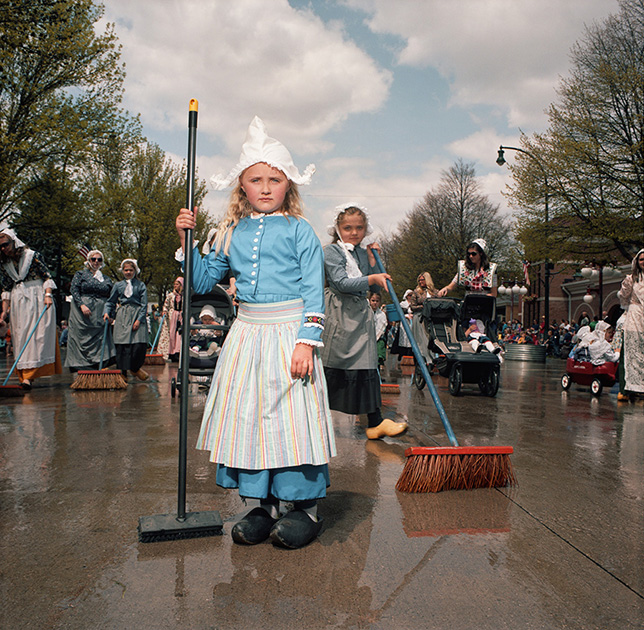 Globalization has made the uniqueness of a particular country less significant thus creating an indistinguishable common world community. EUSA is a portrayal of American themed places around Europe and European themed places in the US. Being enthralled by another country’s way of life does not mean that it is always an accurate portrayal rather it becomes a sentimental and idealized depiction; an homage to a heritage that isn’t ones own. These locations are a perception of fantasy, a sense of what the other wishes the reality would be; a reaction to the homogenization of European and American cultures.
In America these “European” venues resemble a land of make-believe. Like something out of a fairy tale, they are magical, whimsical and quaint. In Europe their fascination lies in an America of the past, when the US was considered glorious and free, a place full of fresh starts and opportunities. Photographing these various maudlin locations within these 2 continents my goal was to illustrate the enthusiasm we have for one another’s culture and demonstrate this universal phenomenon that is a reaction to the homogenization of our cultures.

I began this project in June 2008 photographing High Chaparral, a wild-west theme park in southern Sweden. Since then I’ve visited Indian festivals, an American Civil War reenactment, and a variety of Cowboy and Indian theme parks in an additional 8 European countries. In America I went to over 10 locations including a Tulip Festival in Orange City, IA, a Maifest in Leavenworth, WA, and a variety of Oktoberfests and goes on.