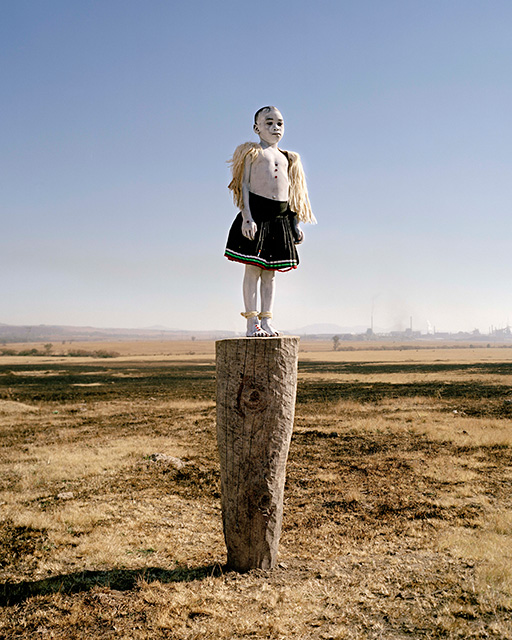 Namsa Leuba was inspired by anti-apartheid movements and by the impact of these movements on the contemporary South African society. In this series Namsa wants to show the re-appropriation of a cultural and social identity of black people after the years of apartheid. Zulu kids’ gestures (fit, or holding a rot) and symbolic actions (burning the passport) are the expression of this new generation’s will to build their future and find their place in a contradictory society like the one of South Africa, where the Western world and the African world are trying to coexist. The idea of “identity” is transversal in Namsa’s work; it is the natural reflection of her personal history: she grew up with two different cultures, trying to explore common grounds between them. “In this series I have tried to establish a dialogue between my African and Swiss origins,” Namsa explains.

Supported by the Swiss Arts Council Pro Helvetia, Embassy of Switzerland in Greece