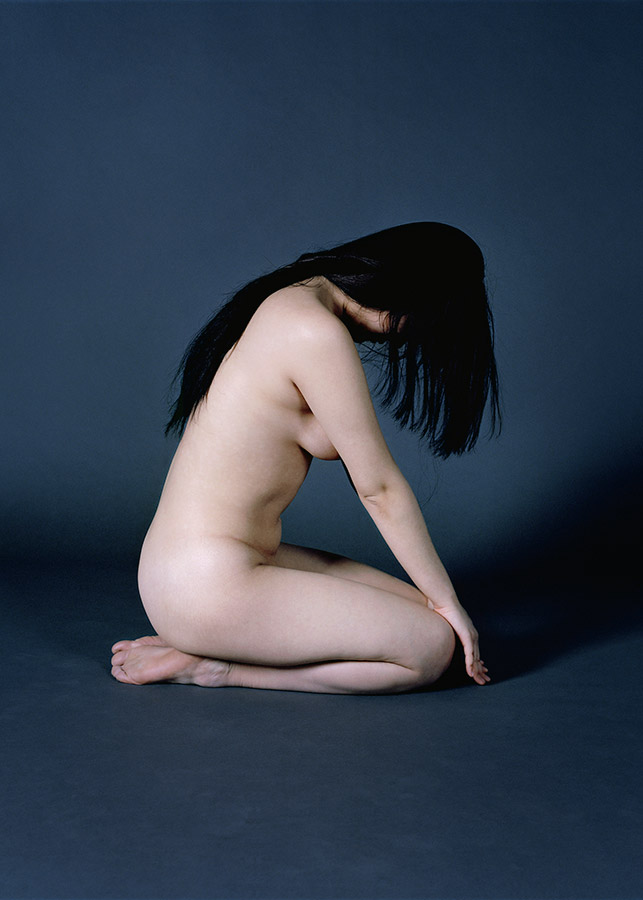 ‘Daboh Tower, the Memory’s Shadow’ is a body of work combining photography, installation, performance, and sculpture. The work suggests rethinking about time and memory in an allegorical and analytical manner – letting the folded photographs, folded female body, mesh in a form of waves (Proust) and walking between two triangles, deliver a message surrounding a fragile memory and time.  Daboh Tower, one of the most famous towers in Korea, contains small crystals, sometimes found amongst cremated remains of monks and installed as a memorial to their spirits. Personally, I found old photographs in my grandmother’s handbag after her death and these images were depicting my grandmother and me, who were in the appearance of about twenty-five years ago. The past image of my grandmother and myself in the childhood, as well as her absence and my grief, sparked impulse to preserve time and memory. I folded these photographs into various shapes of time capsules, imagining many stories untold and unfolding. It has a strong presence that affirms the physicality of photography and the fragility but also the flexibility of the surface.  The memory and oblivion have polarized more rapidly in the modern era. Marcel Proust contemplates time which does not just pass by but repeatedly is re-created and destroyed in our memory, in his novel In Search of Lost Time (1913). In photography, there are definitely memory and time. Therefore, the act of folding a photograph is like that of the memory’s folding. The folded pictures, as a time capsule, pose a question about the meaning of the memory in modern society.