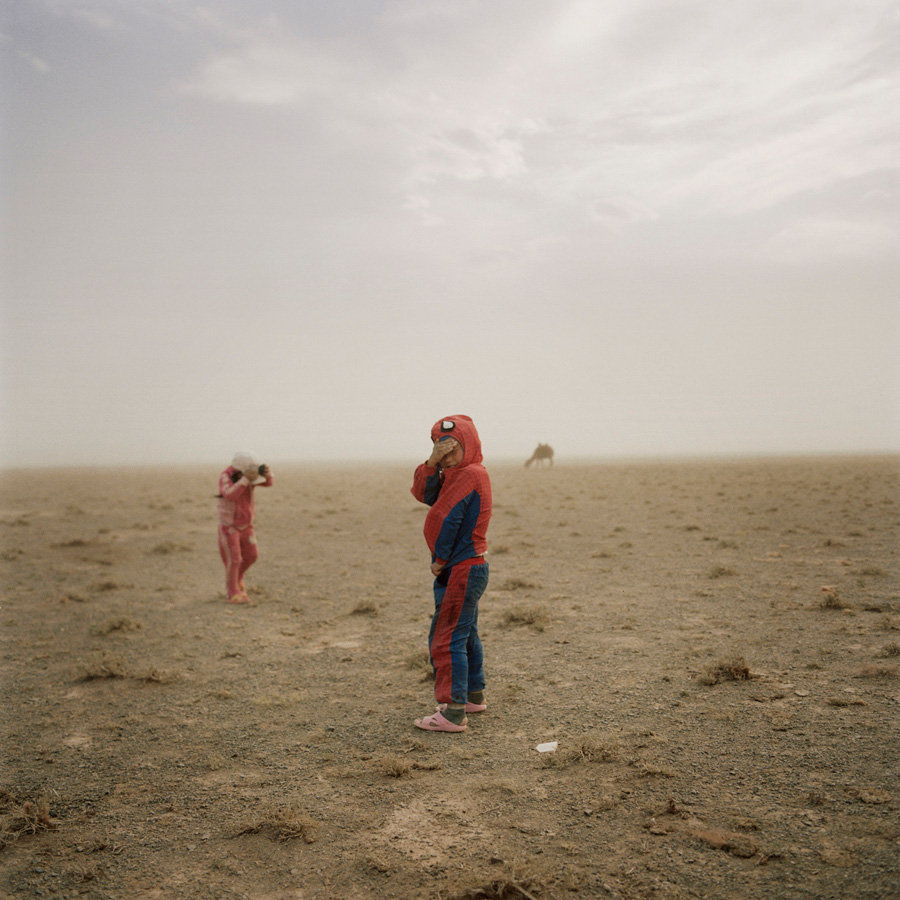 In the last decade the economy of Mongolia has grown at an unprecedented rate, with GDP expanding by more than 10% per year. All this mostly depends on the mining industry: attracted by the large deposits of copper, gold and most of all coal, all of the industry’s global giants have invested and invest in this small country of Central Asia.
In this accelerated and deregulated development local populations and traditional ways of life, based on ancestral nomadic herding along routes across the steppes, are undergoing a crisis. Many families have left their activities and moved in large urban centres in search of work opportunities in this new industrial society, often slipping into economic and social poverty. Others, however, try to resist, dealing every day with pollution, dusts that poison the vegetation, and living conditions, which get more and more difficult every day.
Black Gold Hotel is a journey in the daily lives of a few families from the Gobi desert, where the pasture which has been the main livelihood for centuries, is disappearing in a few decades, On one hand, those who chose to continue the tradition of the steppe despite all difficulties, on the other those who preferred to take their chances in the large cities, unfortunately facing the reality of a space which is deteriorated and invaded by unreachable western cultural models.