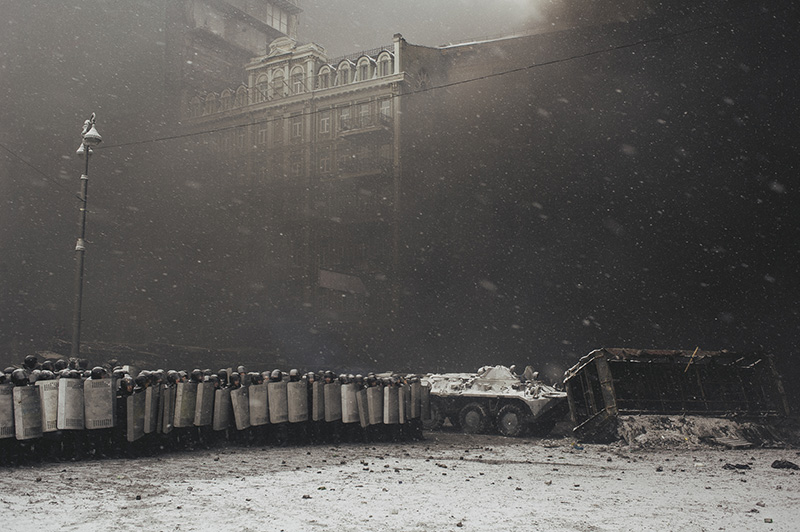 From the very beginning Euromaidan turned into a real performance, where there started the battle of opposites. Good and evil, light and shadow, thick black smoke and whiteness of the February snow. On the revolutionary canvas creepy bloody scenes interwove with incredibly beautiful, from visually side, views. I lost the line between reality and fiction. I forgot the place, time and the cause of what was happening. In one moment the battle scenes reminded terrible days of the previous wars, legends, fairy tails. Another – frosty, fiery battle turned Maidan Nezalezhnosty into a phantasmagoric place.

The title ‘Culture of the Confrontation’ shouldn’t be taken too literally, it’s not art culture that confront someone or something. Everything that happened in Ukraine, beginning with Euromaidan, is a confrontation of two different cultures. One culture is nostalgic about former Soviet Union, the other culture looks only forward and believe in a happy future of its own country. Under the word ‘culture’ I mean world view, style of life, people’s thoughts, religion. At Maidan there were not two different generations, there were two cultural layers that live on one territory. This confrontation is eternal, it started ages ago and will continue again and again. It doesn’t depend on which country.