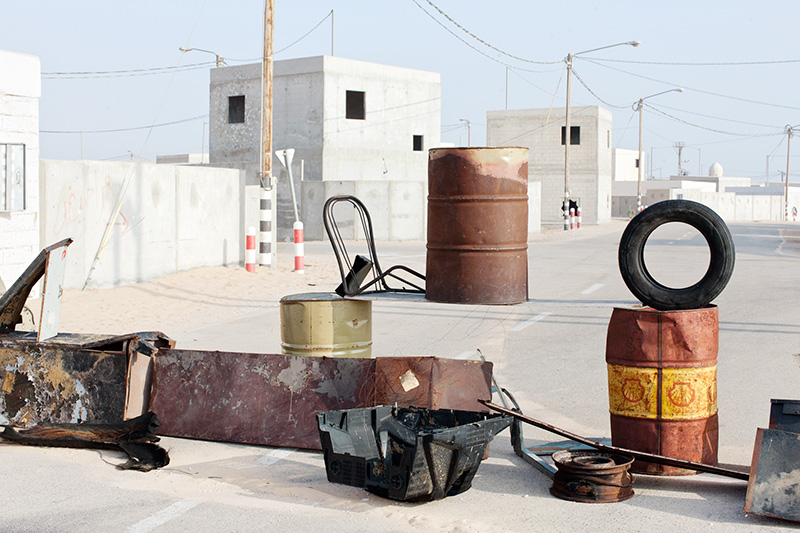 During a year spent in Israel, I experienced intense flashback memories from my childhood, quite unexpectedly, memories of growing up behind the Iron Curtain during the “normalisation” of Communist Czechoslovakia. Our partition wall prevented us from crossing over, protected us from outside influences, and also from ourselves. The familiarity of a strictly delineated territory, played out between a wall and sea, started to connect and overlap in my mind. Tension and sense of physical and psychological danger hung in the air – very human emotions that cannot be ignored.

My movements in and out of Israel in a number of border checks and the inspection of my computer discs and hard drives by security agents at airports.

After several brief police detentions in Israel, I began to realize that I could not reject the idea that I was under surveillance. Governments explain away these acts as “security measures “, but they were difficult for me to accept 20 long years after the end of the Communist regime. Somehow I found myself back in my psychic past, assessing situations with a mild sense of paranoia.

It is likely that the Israeli security police have a record of my movements under surveillance. I have been thinking that such a report would be the most fitting text for this book. But there are some things in life that we are destined to never fully comprehend, that we can’t prove are refute or avoid.