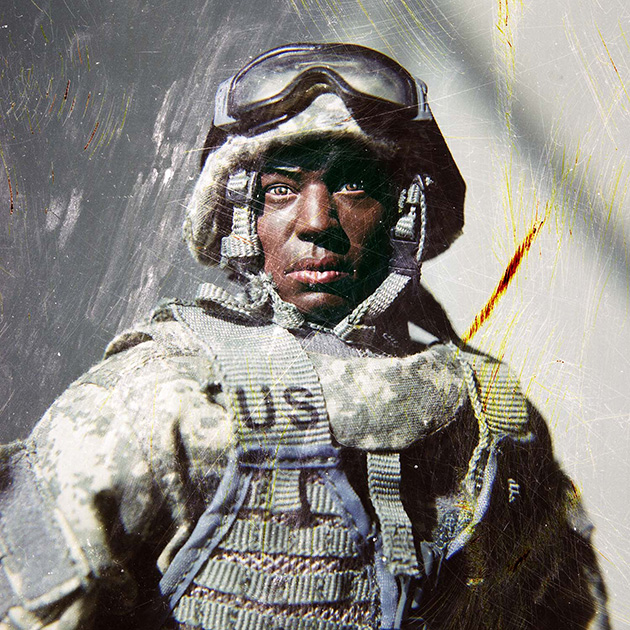 With the Real Play Figures series Marko Lipus continues the exploration of the portrait genre, while maintaining his distinctive formal approach with so called “scratchings”. In this case the viewer is confronted with portraits of soldiers, based on models, realistically shaped dolls, thus demystifying the role of a soldier in a post-modern society. Soldiers are depicted as depersonalised members of an imperial state, while also ironic, as Lipus this time portrayed only plastic figurines. The Real Play Figures series brings forth a peculiar and topical theme of wars alluding to the code of “proper behaviour” of the US troops stemming from a secret military documents, as described and published on the WikiLeaks. Similar to his previous works Lipus insists at his distinctive formal approach where the manipulation interferes with the materiality of the photographic medium by cutting and scratching the negative.