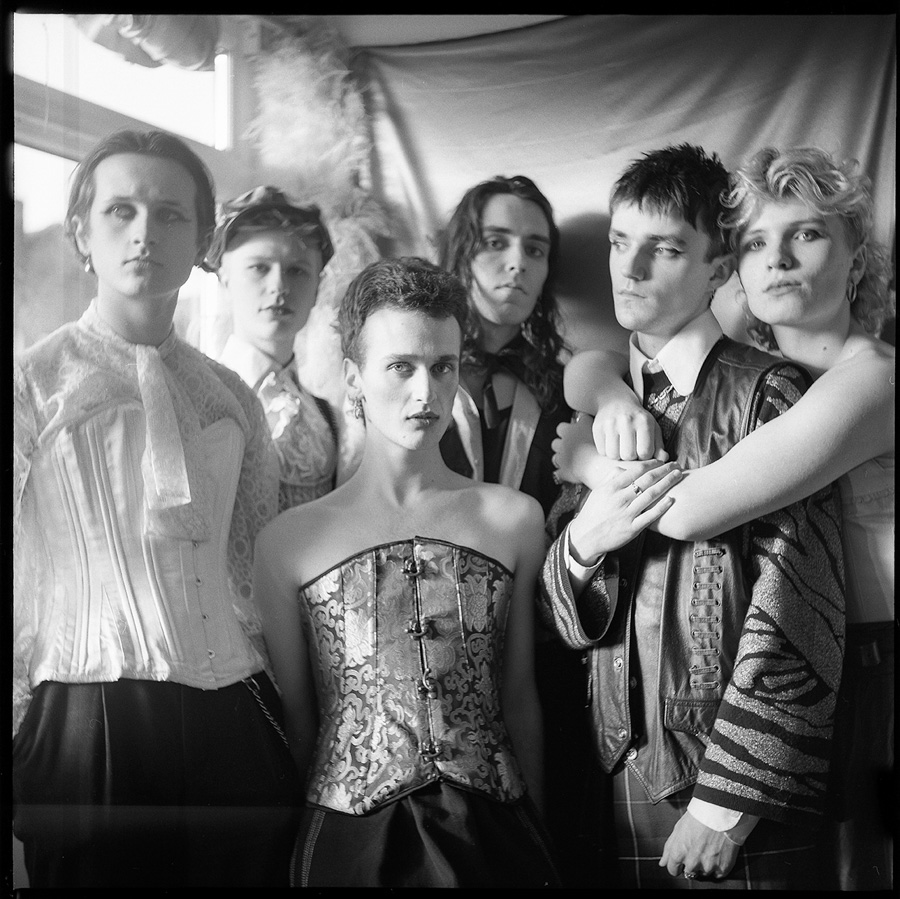 Marilena Vlachopoulou is a documentary and portrait photographer based in Glasgow. Since graduating in 2018 with a Higher National Diploma in Photography, she has been capturing the Scottish music scene on a variety of analogue formats. This body of work is part of a collection of imagery produced during the unprecedented year of 2020. Quarantine has allowed the time to slow down; shooting medium format outside a studio environment for the first time while taking up film processing at home. A new found love for 6×6 has been developed due to the use of a borrowed twin-lens reflex camera from the 1950s. As a photographer primarily working in music, in a time when live music performances feel like a distant memory, it has been the perfect time to create an ongoing photographic diary of the pandemic. A series of black-and-white images offering a sense of timelessness featuring portraits of young and up-and-upcoming musicians as well as street scenes from daily life. Her portrait of the band Walt Disco has been selected for the Scottish Portrait Awards 2020, held at the Scottish Arts Club in Edinburgh, the Glasgow Art Club in Glasgow and Duff House in Banff.