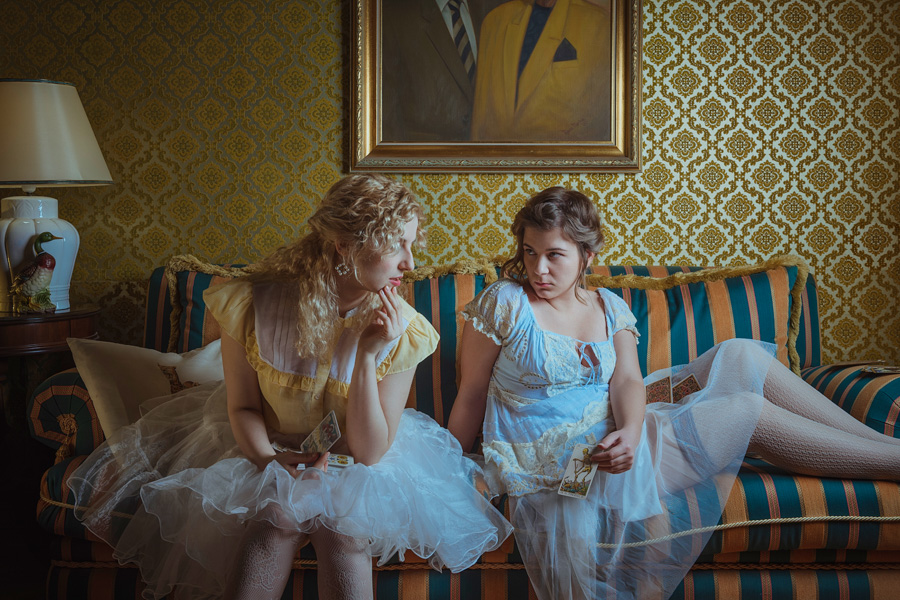 This series is a non-documentary story picturing two girls and their indoor coexistence in a domestic space where we see them reveal the discrete power of their feminine qualities and explore the relationship between them and the closed space that surrounds them. In the images, the encounter with the outer world is constantly postponed, replaced by a safeguarded area which is established indoors. This domestic boundary creates in its turn a love for attentive direction and intuition games, praising the analog way of thinking. The girls isolated from anything that is happening outside, seem to be focusing on an endless process of contemplation and discovery. Though, being in a state between childhood and adulthood, they do maintain a conflict in their minds regarding which point of view to approach reality from. This project that worked as an escape desire, served a need for staging a separate universe at a safe distance from reality and free form the objective sense of time.

Maria Siorba (GR)
You can’t stand outside looking in