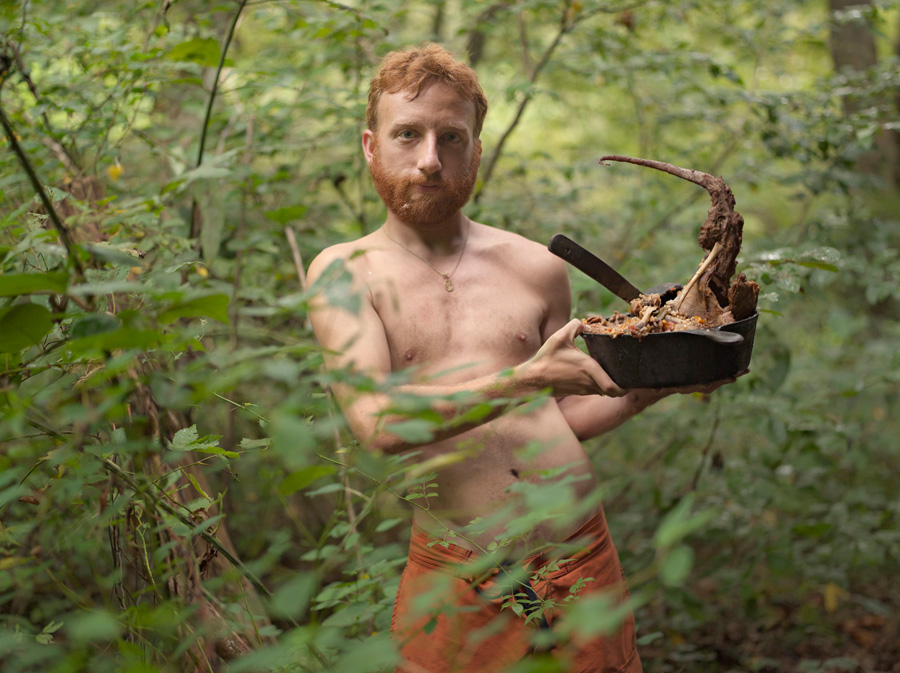 I grew up with my extended family on a small farm in the suburbs of New York City. While malls and supermarkets developed around us, we heated our house with wood, farmed and canned our food, and bartered the plants we grew for everything from shoes to dental work. But while my family followed many of the principles of the back-to-the-land movement, by the time I was eighteen we owned three tractors, four cars, and five computers. This mixture of the modern world in our otherwise rustic life made me curious to see what a completely self-sufficient way of living might look like.

From 2006 through 2010, I traveled throughout the southeastern United States befriending, photographing, and interviewing a network of people who left cities and suburbs to live off the grid. Motivated by environmental concerns, religious beliefs or the global economic recession, they chose to build their homes from local materials, obtain their water from nearby springs, and hunt, gather, or grow their own food.
All the people in my photographs are working to maintain a self-sufficient lifestyle, but no one I found lives in complete isolation from the mainstream. Many have websites that they update using laptop computers, and cell phones that they charge on car batteries or solar panels. They do not wholly reject the modern world. Instead, they step away from it and choose the parts that they want to bring with them.

Lucas Foglia (US)
A Natural Order