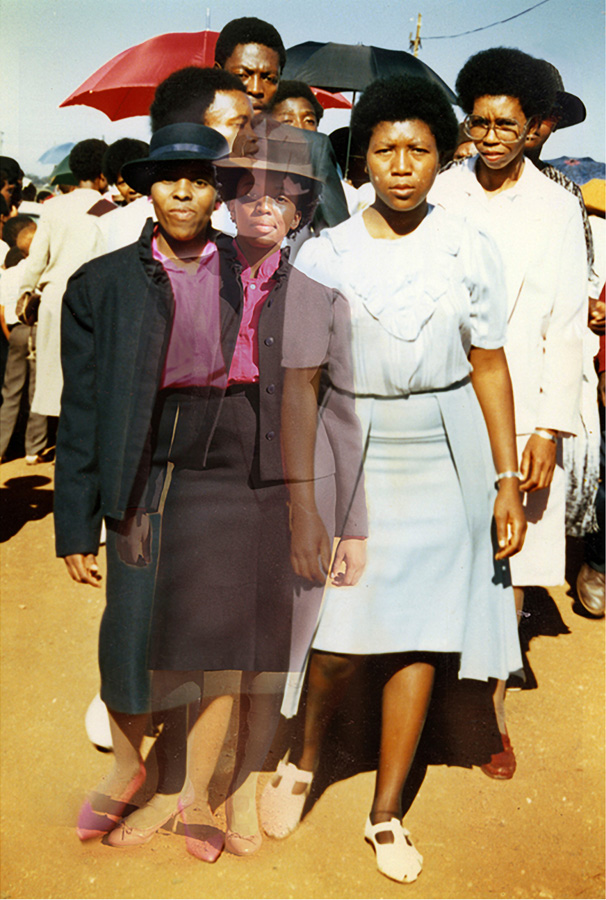 Ten years ago, I lost my mother and I needed to explore the possibility of keeping a connection with her. In my journey I began looking for pieces of my mother in the house, I found many photos and clothes which had always been there but which I had ignored over the years. The idea of ‘the ghost’ started to emerge in my work, like a presence that isn’t. My reconnection with her became a visual manipulation of ‘her-our’ histories. I began inserting myself into her pictorial narrative by emulating these snaps of her from my family album. I would dress in the exact clothes that she was wearing in these thirty-year-old photographs and mimic the same poses. I later developed digital photomontages where I juxtaposed old photographs of my mother retrieved from the family archives with photographs of a ‘present version of her’ – me.