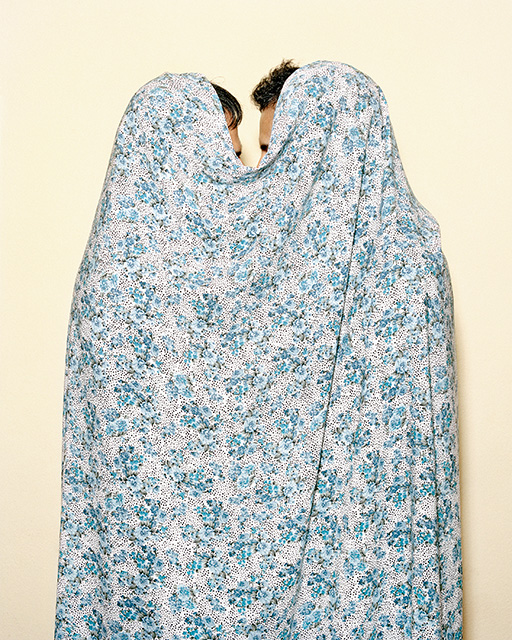 September 24, 2007 at Columbia University, the former Iranian President Mahmoud Ahmadinejad said, “In Iran, we do not have homosexuals like in your country”.

While today some Occidental countries accept gays and lesbians marriages, in Iran, homosexuality is still punishable by death. This sanction prohibits homosexuals to live their sexuality. Their only options are to choose transsexuality, practice tolerated by law but considered as pathological or to flee.

In Denizli, a small town in Turkey, hundreds of gay Iranian refugees transit: they put their lives on pause waiting to join one day, a host country where they can freely live their sexualities. In this context of uncertainty where anonymity is the best protection, this work questions the fragile identity and gender concepts. It tries to give back to those people a face that their country has temporarily stolen.

Laurence Rasti (CH)
There are no homosexuals in Iran

Supported by the Swiss Arts Council Pro Helvetia, Embassy of Switzerland in Greece