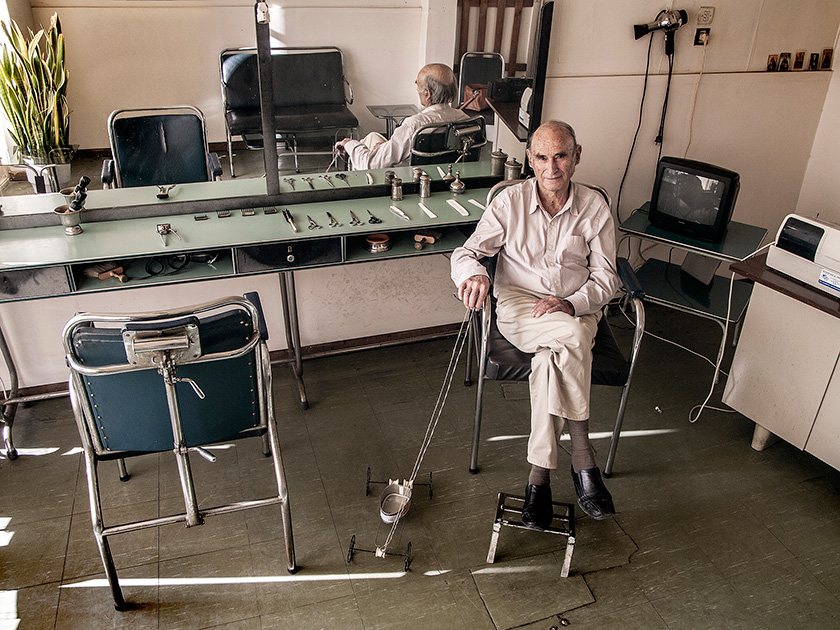 The safest refuge of memory is childhood.  The most evident, and best loved, proof of childhood is play.

Nowadays, at times of affluence, there is an excess of, usually, mass-produced, fashionable and, frequently, promotion-related toys.  On the contrary, at times of privation, economic pressure and poverty, toys are rare, mostly handmade, sometimes with cheap materials. Their minimal character has a uniqueness that indelibly marks children’s’ souls.

The Second World War followed by German Occupation and the civil war and post war years has been one of the most painful, poverty-fraught periods for modern Greece marked by social backwardness and a generalized authoritarian mentality.  During that period, children had no access to play, just as they had no access to care, tenderness and love, which are the obvious thing for children in normal times.  This is the period that inspired me to create although not in a nostalgic mood.

I have chosen, in fact, to shoot people, men and women that were children during those difficult years for Greece.  Having discussed with them regarding their life at times when the utmost priority for their parents, and generally for grown-ups, was to keep themselves and their families alive by making ends meet, their most frequent statement has been:  “we had no toys then – what we had was self-made”.

Avoiding dramatic emphasis, uncalled for sentimentality and useless details, I have simply chosen to shoot today their toys, preserved or remembered, after decades of adulthood.
These people, men and women, are granting us a glimpse of times when life was the outcome of daily struggle with reality, won with efforts and creative imagination.

My current work consists of these images, created by poverty and recomposed by memory.