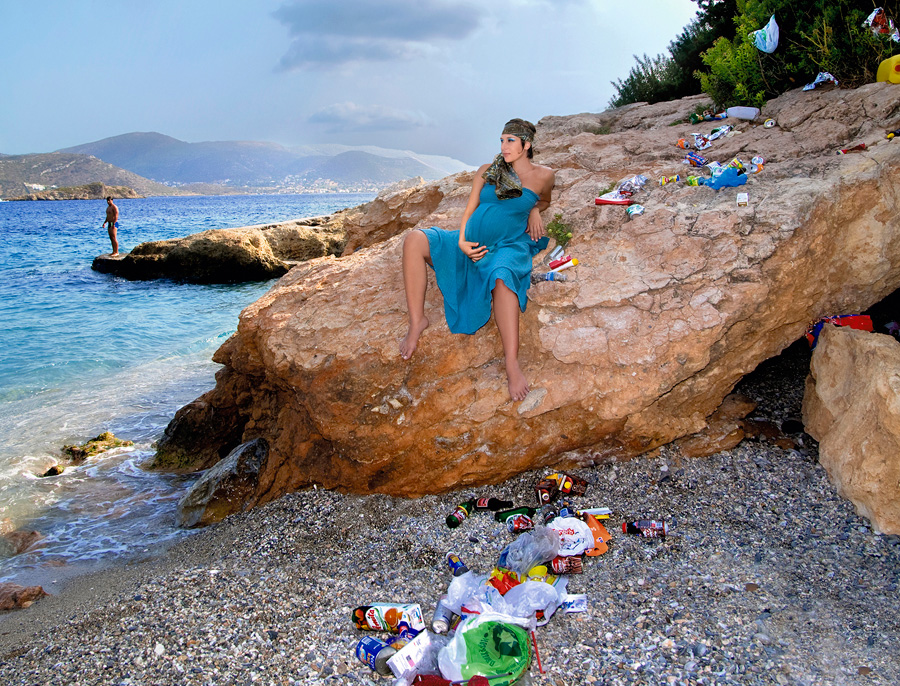 What is our picture of the Mediterranean? The Sea’s main historian, Fernand Braudel would answer that question in two words: “Its immobility” evoking the restlessness of its natural environment, of the sea and of the sun, of a non ideal, non-artificial landscape.
Despite that, the Mediterranean has changed. This change has been promoted by two factors: the impact of the industrial revolution and the tourism industry. The latter started by swallowing the concept of an “immobile” Mediterranean and trying to readjust it and “sell” the resulting product as an exotic or cosmopolitan environment.

All these pictures have always lacked reality, the Mediterranean reality: that of a Sea cruelly hit, first and foremost by heedless development and by the insensitivity of all those supporting it. The Mediterranean environment has been wounded and it is this wound that I have chosen to “put into perspective”. I have, in fact, attempted to stage a set of pictures of people from the 50’s, 60’s and 70’s (decades of relative affluence, free expression and sexual revolution) faced with a modern, alienated, environment.
Their Mediterranean, the Sea of myth and leisurely existence has turned, in only a few decades, into a vast dumping ground of the leftovers of immature well-offs unable to safeguard an invaluable heirloom.