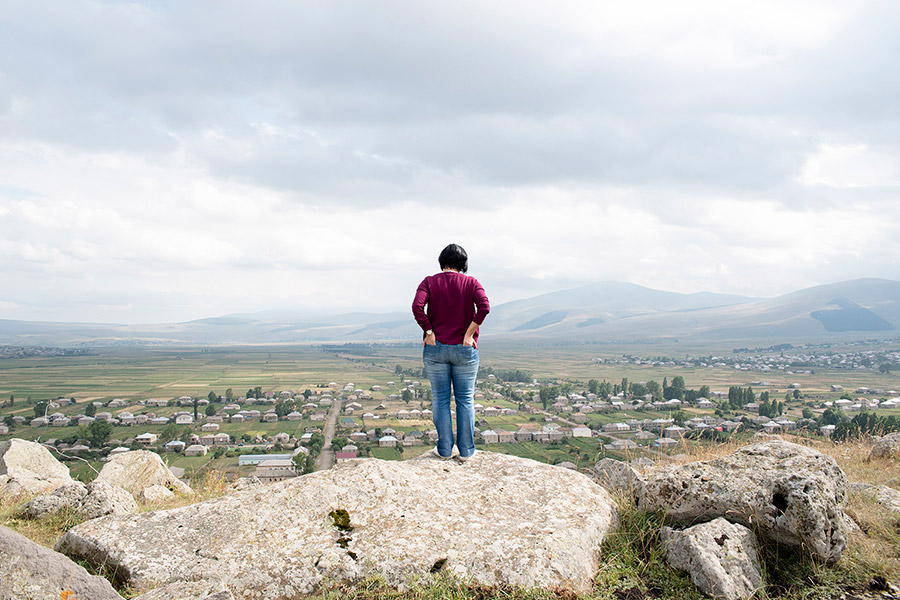 I was born in 1991 and lived the first four years of my life in Avranlo, a small village in Georgia, in the area of Tsalka. The inhabitants of the village were Greeks, who settled in the area two centuries ago. Based on the ethics and history of their homeland, the Pontus, they built the village of Avranlo.
I returned to the village after 20 years. As an adult now, with my family. Moved by nostalgia, my grandfather and my parents wanted to return to their birthplace, to the place they grew up, loved and have been forced to give up.
The story of my family is identical to that of many other fellow villagers. Forced by the difficult conditions after the collapse of the Soviet Union, they fled their homes. As refugees they sought a new place to live outside Georgia, a place that would provide them with a better future for themselves and their families.
Klavdia Balampanidou