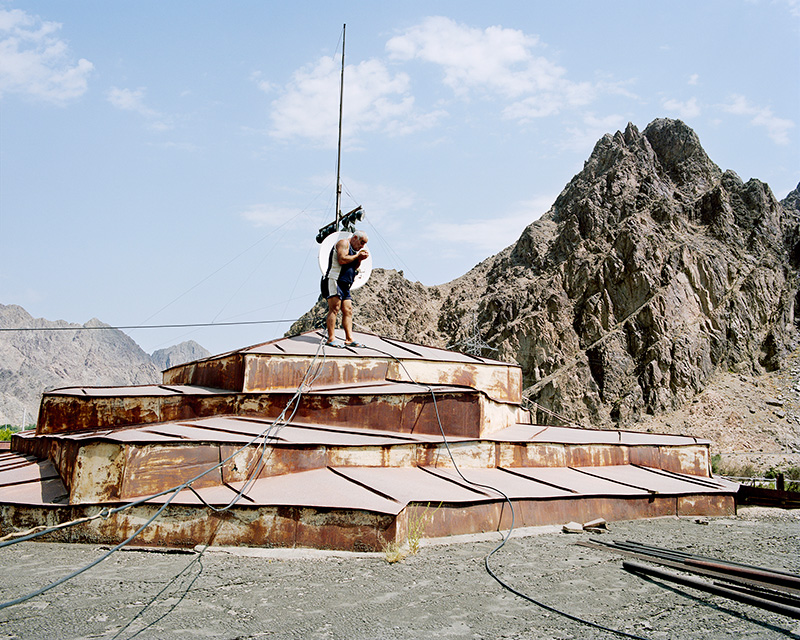 Since the collapse of the Soviet Union, Armenia is in a transition between two worlds. A new model has been formed but, given its plurality, it remains difficult to be identified. Just as the country that has inspired them, the photographs in this series are awaiting a development. These documents reflect “the unfinished”, a moment of transformation in which opposing forces coexist even though we are unable to differentiate between them. Instead of documenting the current situation, the photographs focus on the story yet to be written and the outlook for a brighter future. The project emphasises on the theatrical dimension of reality in order to explore the potential for revival in this young republic that is inexorably losing its citizens. The series can be interpreted as a constituent of fictitious archives of a country whose history is in full construction.