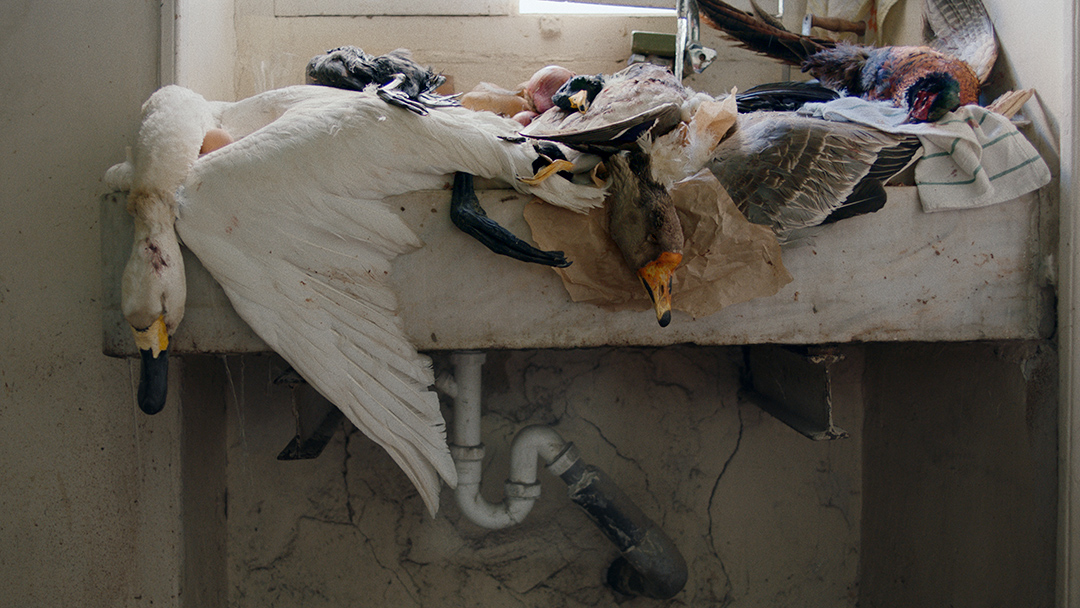 In a series of mises-en-scène shot only in natural light, we see a domestic setting occupied by a pack of hounds. In the decaying remains of this opulent home humanity is absent. Dogs, fruit, animal prey, and remnants of food are arranged like still lifes, with allegorical elements evoking captivity and control. Inherited violence is the thread that connects both living and dead animals, predators and prey, commenting on the violence imposed towards nature by Western masculine tradition and within its representations in art history. The work is inspired by 16th/17th-century Renaissance and Flemish art and the works by the Baroque proto-feminist painter Artemisia Gentileschi.

“Lacerate: Rooms of Inherited Violence” is a series of stills drawn from Rafa’s film “Lacerate” (2020) commissioned by Fondazione In Between Art Film and currently presented at the 59th La Biennale de Venezia.