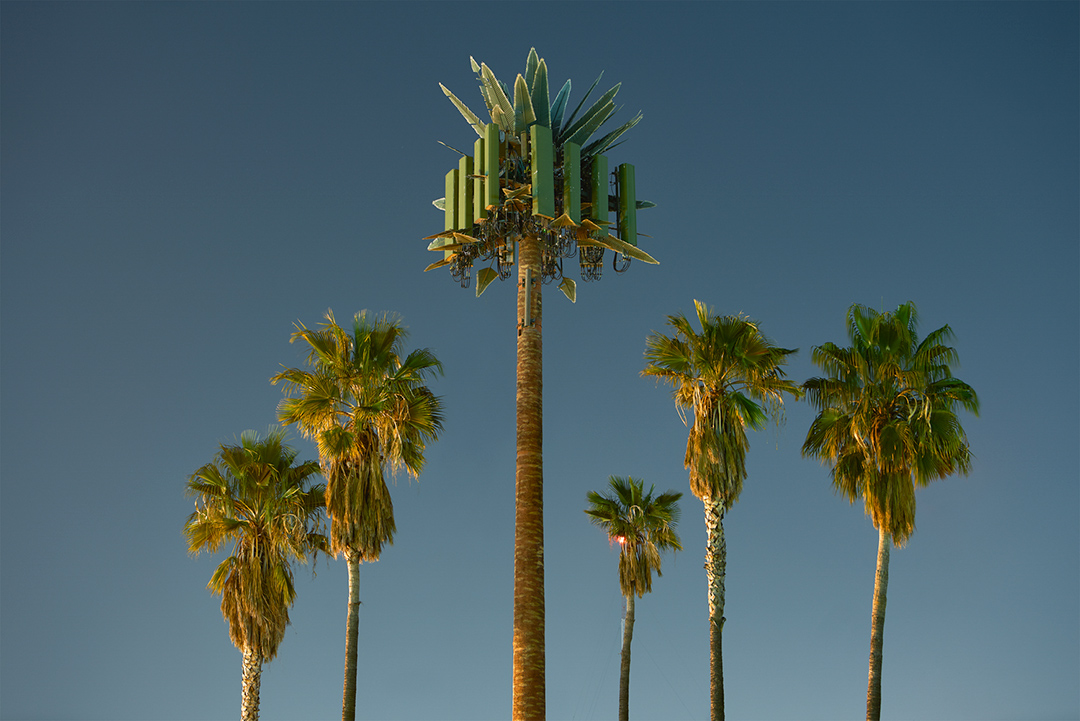 With the uprise of mobile devices, the infrastructural needs of the telecommunication industry have exploded and since the 1980s cell towers have started to fill the planet. The scenery changed dramatically when an antenna was transformed into an artificial pine tree for the first time in 1992. Since then, this kind of camouflage has evolved into a global phenomenon that raises fundamental questions about the relationship between humans and nature.

The images from the series “Second Nature” focus on cell tower trees that became part of the Southern California landscape. The series depicts these artefacts of the digital age as, in Amy Clarke’s words, a “societal preference for ‘fake’ aesthetics over ‘ugly’ reality”.