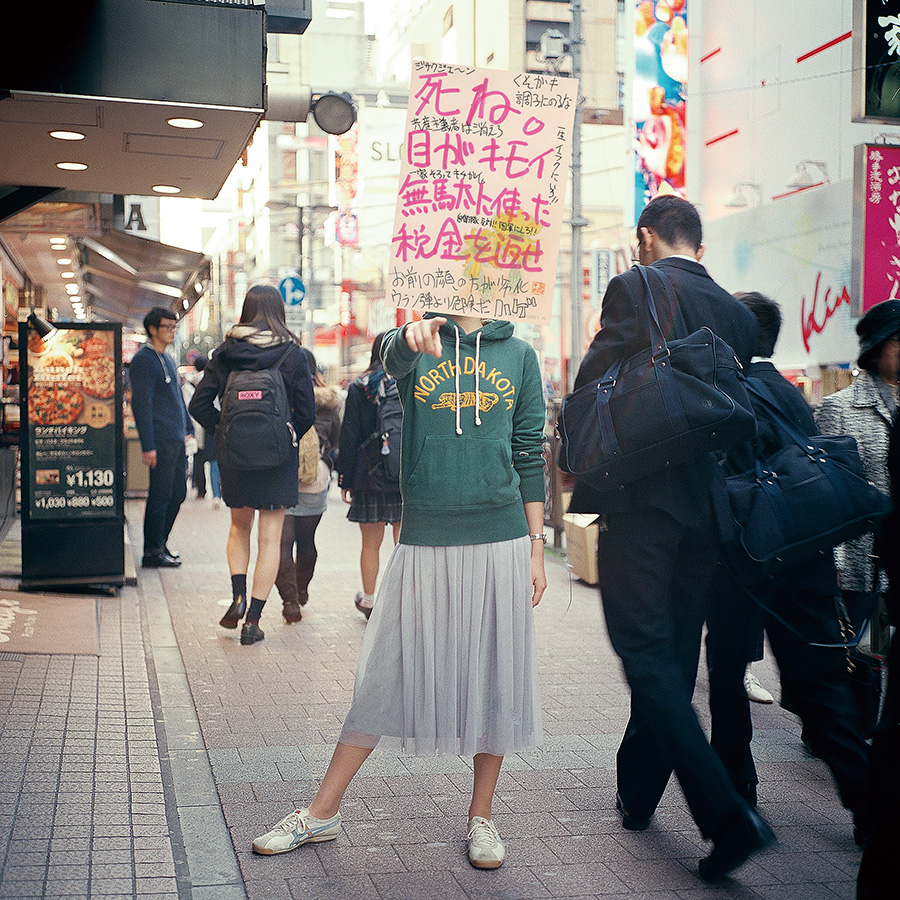 This is the story about public humiliation to individual in Japanese society based on my friend’s personal experience. On April 2004, three Japanese citizens were kidnapped by terrorists in Iraq. One of three was a eighteen years old volunteer. He is my friend. As a result, somehow those kidnapped people were released after eight days peacefully. However, when those people came back to Japan, all society completely criticized and abused them. Tons of the abusing letters were sent to my friend. When he was anywhere in Japan, everyone noticed himself and they really pointed to him then. Traditionally Japanese society is based on various local communities. However once a member from the community made troubles, other members forced the person to be isolated from their community.
Anyone can be the person who do pointing or whom to be pointed as long as you are a member of our society.

Hiroshi Okamoto (JP)
We do not need you, here