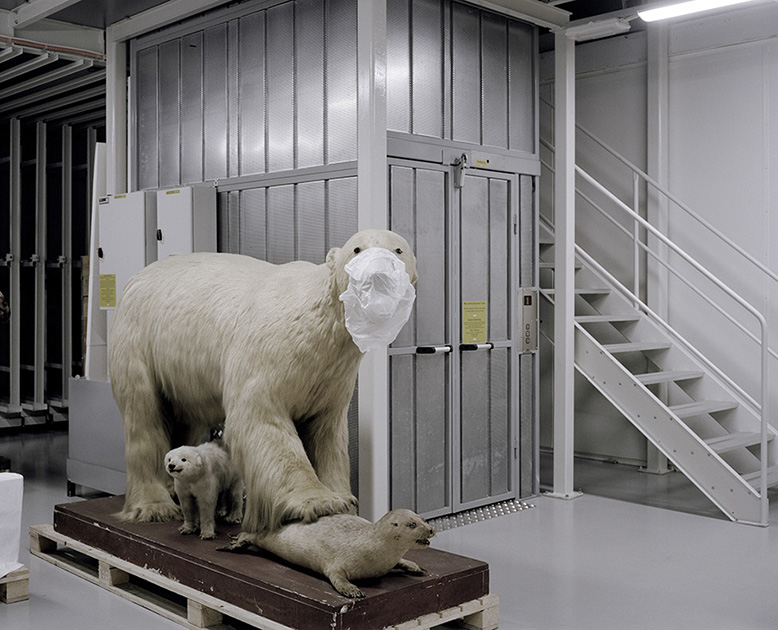 “I am a photographer who likes to document the cultural landscape that we live in, and the everyday aspects of life with a kind of surreal twist and a deadpan approach.”
Helge Skodvin

The exhibitions in the Natural History Collection in Bergen, Norway are undergoing a major restoration, and will be closed for at least five years. Due to this all the animals are being moved to a new temporary storage facility on the other side of town. Not a simple task when the animals are big and fragile. Some of the animals are out of their display cases for the first time in almost 150 years.

It is almost 150 years since the Natural History Collections were given their own buildings on University Hill in Bergen. Most of the interior and many of the animal exhibits have remained unchanged since 1866. When the collections were established, Norway was a poverty-stricken country, but it was decided to invest heavily in this museum, which meant a great deal for the national development and identity of this country. The grand whale hall in particular is quite unique in a European context, as documentation of its time and of a way of looking at the world. Museums of this type are themselves currently threatened with becoming extinct, but in 2011, the building itself and much of its interior were given ‘listed’ status.

Nevertheless, essential maintenance of the building meant that the Museum had to be closed in autumn 2013. Thousands of animals and other objects will have to be very carefully packed; many of them are both extremely rare and very valuable, given that they are quite irreplaceable. As specimens, they date from a colonial era when collectors could travel all over the world and just help themselves.

It is hoped that the process of conservation will be finished by around 2020, so until then the polar bears and all the other animals in the collections can relax, before they are brought ‘home’ again.

Helge Skodvin (NO)
A Movable Beast