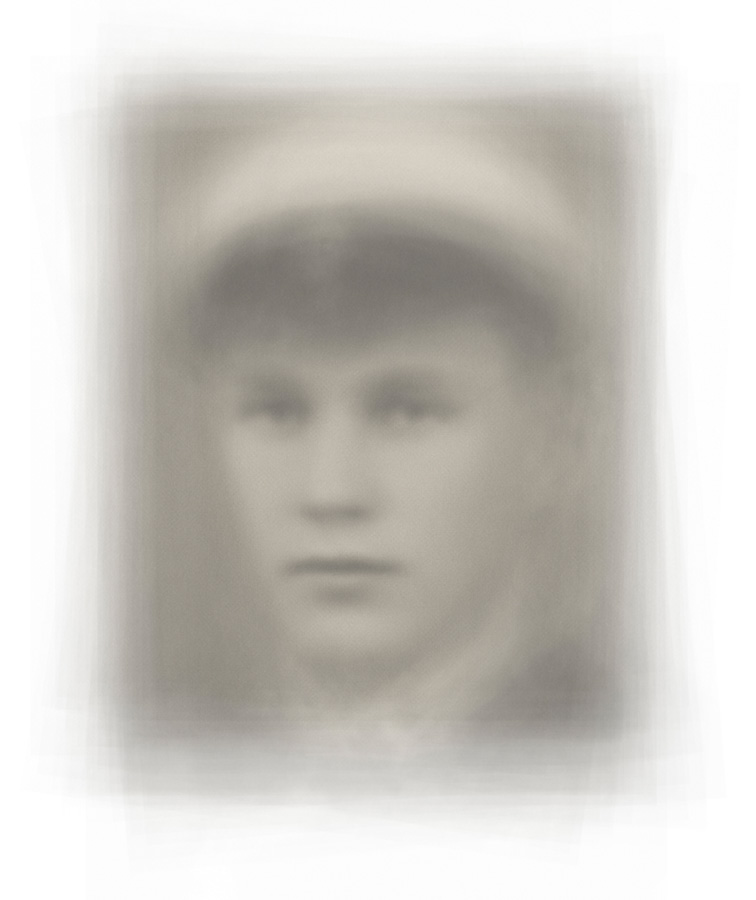 The death toll of soldiers totalled 26,662 during the war between Finland and the Soviet Union in 1939-1940, later known as the Winter War. A book entitled The Price of Our Liberty was published after the war in 1941, with a few column centimetres reserved for the picture and details of each deceased war hero. Today, over 75 years later, the book can still be found on the shelves of many Finnish homes.
The book paints a unified picture of Finland that redeemed its freedom through a blood offering. Making a point of honouring victims was a way to bolster a certain Finnish identity. Even today, the Winter War continues to hold a special place in political discourse in Finland.
I have scanned all the main characters (26,662) in the book. The installation consists of 100 portraits which altogether contain all the dead soldiers. Each portrait is be made up of 68–415 overlaid head shots.

Harri Pälviranta (FI)
The Price of Our Liberty