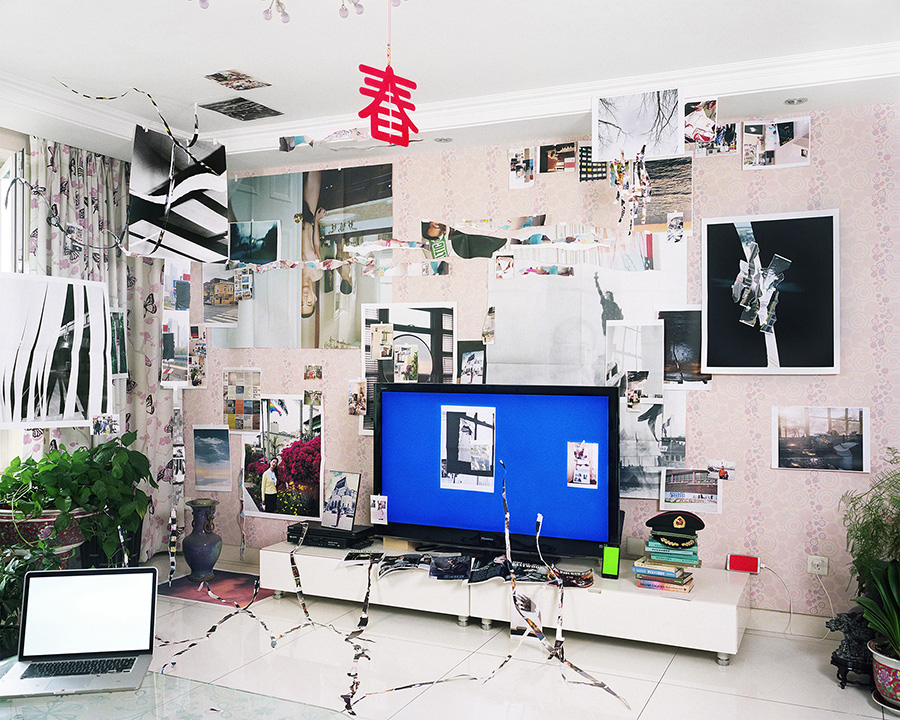 I covertly situated photographs in my teenage home in Beijing to queer the normativity of my parents’ heterosexual space. These images consist of portraits of me and other gay men in their domestic settings from my project “One Land To Another”; prints of my artwork made in the U.S.; photographs of landscape and built environment taken in the United States, Europe, and China; torn pages from film and fashion magazines that I collected as a teenager; images from my family photo albums. Through positioning and layering images, I aim to juxtapose, contradict, and collapse space and time, disrupting my teenage home. It bridges the relationship between personal and political in the context of the oppressive systems of both China and the US. Even though these installations were not permanent, I reclaimed my home in Beijing as a queer space of freedom and temporary protest.