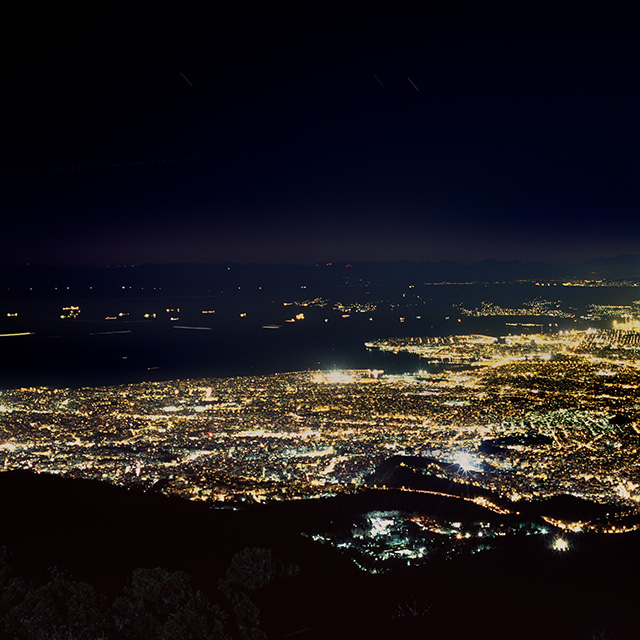 Electricity is flows. And the flows signify the circulation of information, transmission, a bombardment of data. In his studies Georg Simmel compares metropolitan zones with areas in a state of siege, due to the constant intensity of the flow of data. Imperium Obscura works on the properties of the photograph and the materiality of film to depict this battle of data.

The electricity network is the nervous system of the modern way of inhabiting the world. Contemporary megalopolises are vast and complex developmental forms of urban organisation. The night allows the photographic medium to depict the extent of the nervous system of habitations and thus the representational forms of the urban phenomenon. Imperium Obscura is a survey of urban sprawl from the North to the South and from the ground to the sky.

Imperium Obscura is a story about a girl. A girl you forgot that you loved.