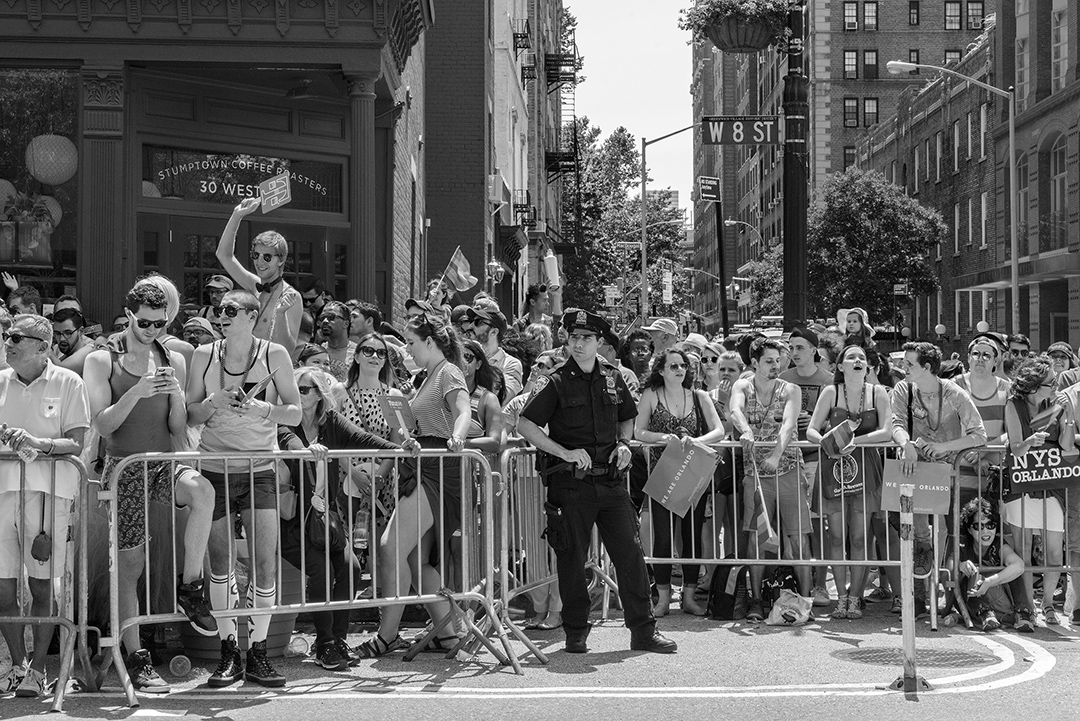 “Americans Parade” is a parade of Americans. One after the other, from one community to the next, building up a picture of Americans in the United States.
My visual approach was simple and deliberate. I would look at the landscape and the overall composition, at groups that caught my attention, at fleeting moments, but I also embraced the generosity of the camera, it’s ability to record and freeze more than I could register. The crowd gives the photograph that element of chance, to create itself.

The details become important. A narrative full of complexities and ambiguities, like a series of modern day tableaux.

Although much of America is segregated and separated by race or income, it is far too simple to define a community through this narrow identity. What I have attempted to do is create a group portrait of multiple identities, where people stand together, in a company of strangers.