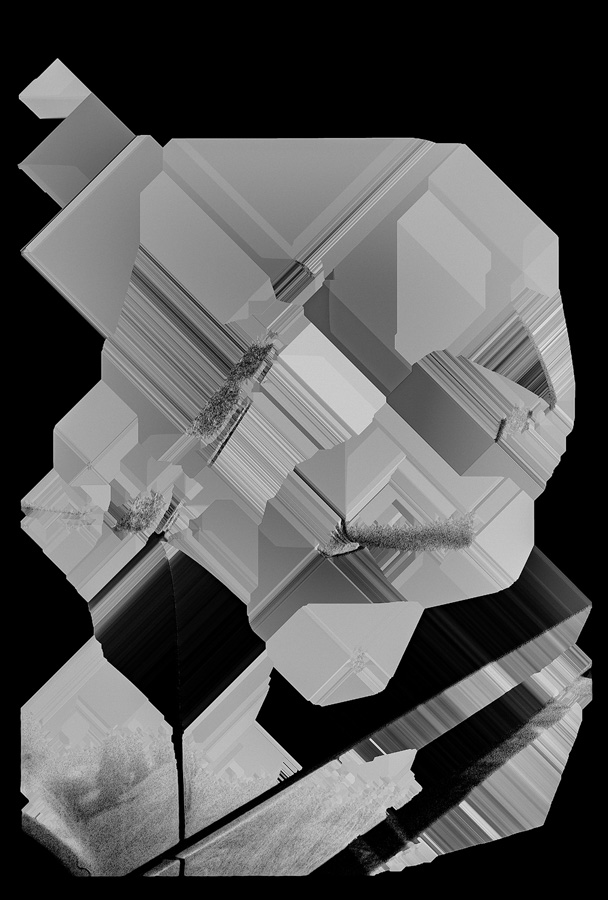 Photography has the ability to capture a piece of reality without experimenting on the implement itself. Contemporary means, such as the digital scanner, can convert the analogue world into a digital one without any deviation. Notwithstanding, nobody can guarantee that the scanner can operate suitably. In case of not running properly because of an error, the visual outcome differs from the initial one, the analogue. One might say that it’s about an intermediate state, a transubstantiation of image. A situation that lies between the initial and the wanted result for the agent (scanner), a transubstantiation that obtains its identity in time, a parallel reality that we can now inspect, or a remark on the photograph itself that’s capable of shifting semblances, transitioning from one implement to another without our even realizing it. It’s not just about some sort of trick or collage, only an experimentation on the conditions and nature of the photograph at the time. A mistake is capable of breathing life into the intermediate, and why not worthily stand by the inceptive, endowing it with an extraordinary form.