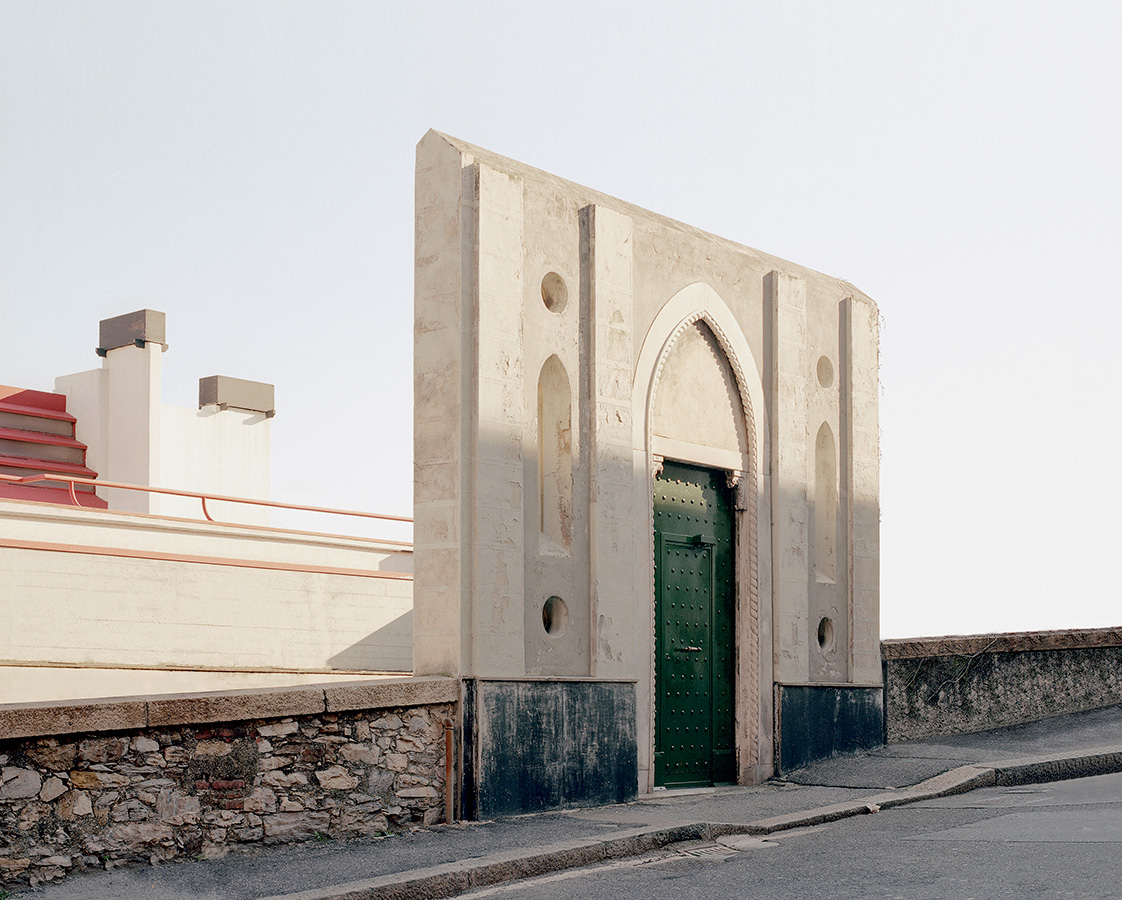 This work is a new drama-project inspired by some main features of fascist architecture and proposing a free interpretation of news items linked to historical figures of the time.

Inspired by historical documents and records, the characters find themselves facing the camera and trying to evolve between their status as portrayed person and directed actor. The studio therefore both sets the scenic and the photographical space.

Magda Fontanges is the French pendant to Mata Hari. After several adventures (she was not only Mussolini’s but also the French Gestapo Commander’s lover) she became a spy, working for the Nazi and Fascist regimes as well as for the Allies. She thus represents and updates the classical – and even mythological – figure of the love triangle.

[Echoes of the Past]