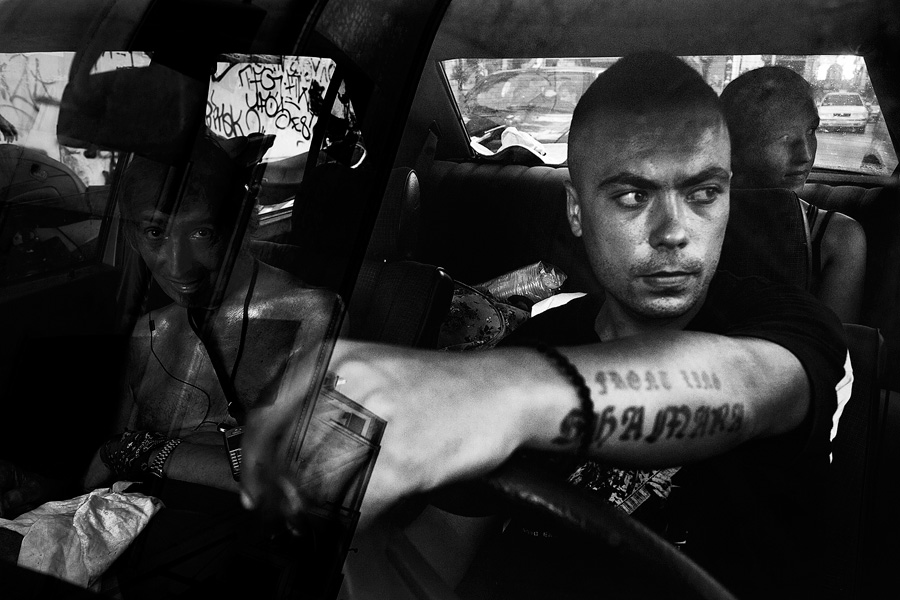 The centre of Athens, as I first remember it was full of life. During the period before the Olympic Games of 2004, there was a great development. All this happened within a few years. It was as if the city put on new clothes. During the days of the Olympics, the city was clean and well-guarded. In my eyes, it looked like another place. As time passed, the city started deteriorating and gradually recovered its previous character. Time passes fast. The city is now fading. Some people abandon it due to the crisis. Many shops and hotels have shut down, the centre is now almost deserted. People fear they will get ripped-off, they hear that this happens all the time. They even fear seeing all the poverty and destitution, they drug-users who will rip you off their shot, the women prostituting themselves. But for me, those people were always there. I found them all there when i first arrived as a 9-year old child. They were always there when I was growing up. They are somehow trapped in their lives. The immigrants live in small rooms that they rent, many of them together, without much hope. The women prostitute themselves even in the streets for 5 euro. Yet, hanging around with them has been my daily routine. They are sensitive people with a lot of problems, with ruined families behind them. What made an impression on me was that they often opened up and talked as if they knew me. The images I have selected are stronger for me, because I know the story behind them.