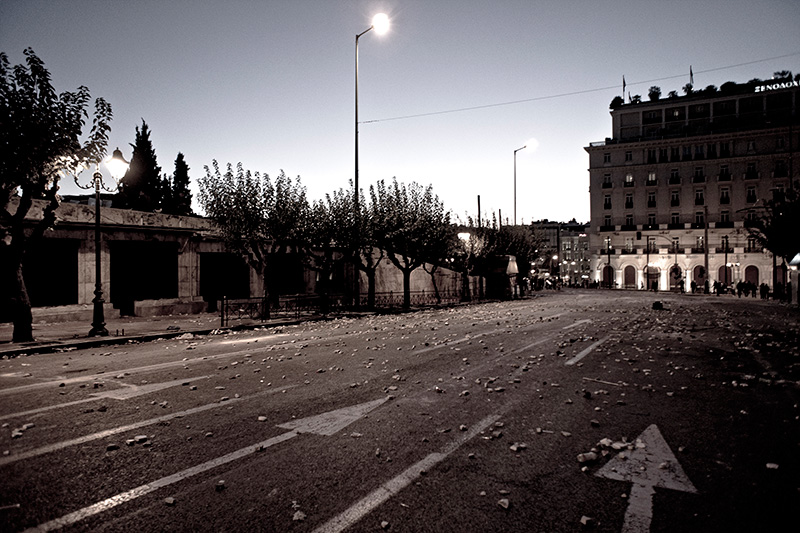 Since 2009, a large segment of the Greek people has been facing the consequences of a serious capitalist-economic crisis. Successive austerity packages, following the agreement of the Greek government with the EU and the IMF, have eroded the social fabric. Twenty-three percent of the Greek population is living below the official poverty line. Youth unemployment (ages 15-24) is at 62 percent. The number of unemployed exceeds 1.5 million. The recession is deepening, resulting in conditions that society had not experienced since the Second World War. Drastic cuts in public expenditure have dismantled state welfare institutions and have led to the marginalisation of the most vulnerable social strata. Many people have no health insurance coverage. The homeless have increased by 25 percent. Thousands of people, from the long-term unemployed to the shopkeepers who have lost their shops, depend on soup kitchens to survive. The number of people who have committed suicide due to the impasse of the crisis is now over 4,000. The streets of Athens and other Greek cities fill up at times with thousands of protesters. Insecurity, fear, fatalism, individuation, passivity, rage and anger prevail against organisation, collectivity and solidarity.