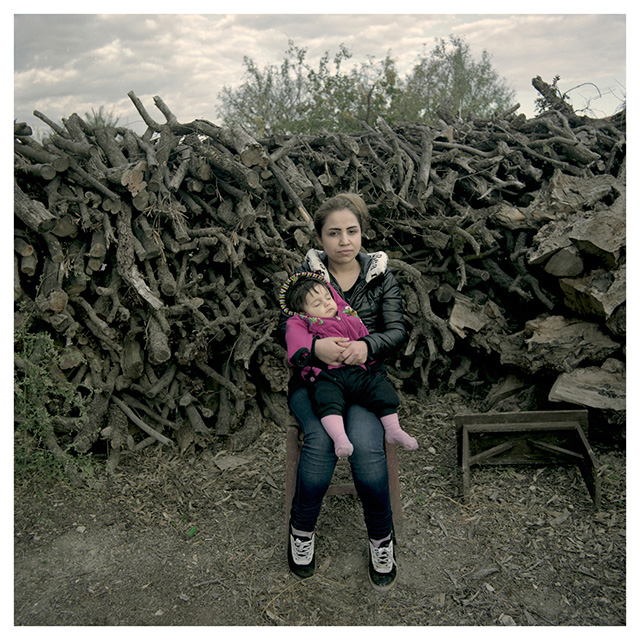 “Caesura” is a collection of photographs referring to the transitory state of those people entering Greece, after crossing the Aegean Sea as refugees on their way to Europe.

While typically “Caesura” manifests a silent pause in a verse or a musical phrase -here it is used as a metaphor for a break amid two loud, violent periods.

Caesura’s characters appear to have a temporary identity while being in a frame of transition and uncertainty, transmitting an ambiguous feeling of restlessness and tranquility, intemporality and durability as if they have existed beyond time.

“Caesura” contains narratives of people craving to evince their new status –as an element of freedom- like the early migrants to America who sent photographs back home to declare their landing in the new world and their new identity.

“Caesura” raises questions about the human condition and identity, essentially about the viewer.  It doesn’t provide answers as it hardly refers to the historic reality; but addresses the elements of identity through appearance, memory, self-determination.

Dimitris Koilalous (GR)
Caesura / the duration of a sigh