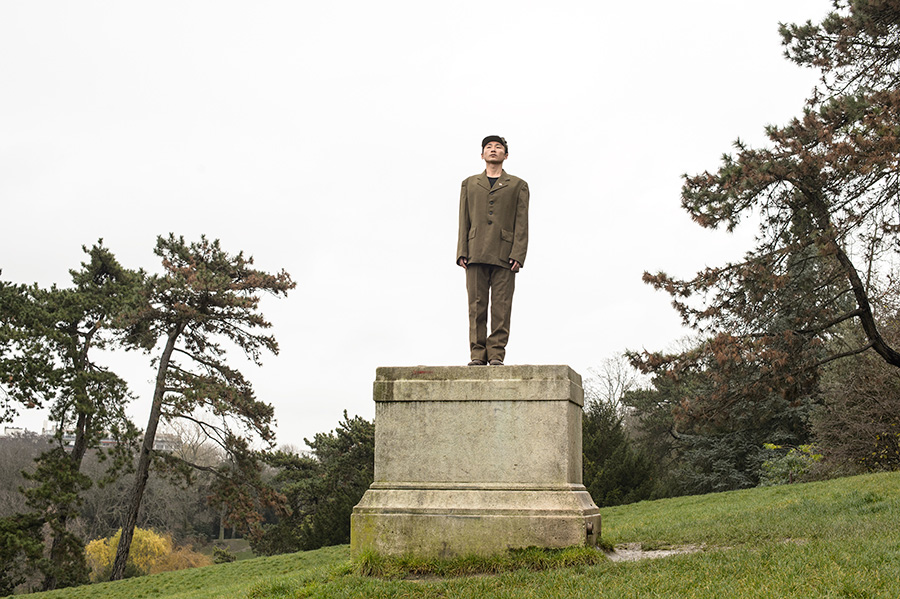 An immense spectacle: the reflection of an entire country, revealed by the ruling dictatorship to tourists. North Korea continually and systematically offers the same imagery… Anyone wishing to objectively record, film or photograph in North Korea, will be sorely disappointed. Tourists, like journalists, are bound to take images from a particular spot, or from a specific angle, and above all, according to a set-up that is written and played out by ‘actors.’ This photographic series is therefore fictional, and not to be taken as a literal observation of the country. This series is the result of a forced narrative that I brought back from my trip to Pyongyang. My images of Pyongyang-Paris, show one reality intertwined with a modern fable. The images are inextricably linked between Pyongyang and Paris, coming and going between two parallel fictions.