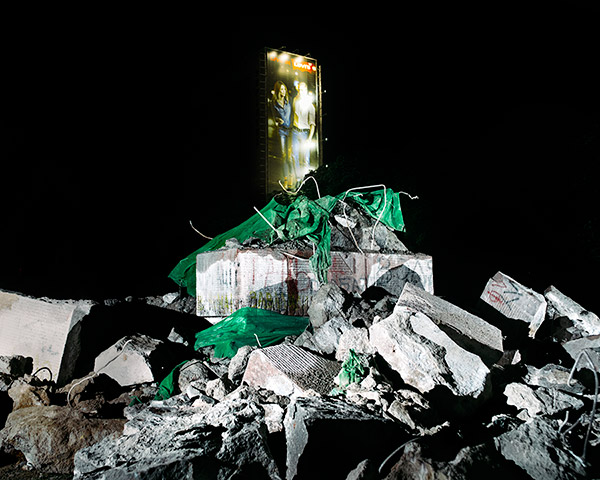 In 1991, Ukraine gained its independence from the Soviet Union in the aftermath of its dissolution at the end of the Cold War. Following independence, Ukraine declared itself a neutral state. In 2013, protests against the government of President Yanukovych broke out in downtown Kiev after the government made the decision to suspend the Ukraine-European Union Association Agreement and seek closer economic ties with Russia. This began several month-long waves of demonstrations and protests, known as the Euromaidan, which later escalated into the 2014 Ukrainian revolution that ultimately resulted in the overthrowing of Yanukovych and the establishment of a new government. These events precipitated the annexation of Crimea by Russia in March 2014, and the War in Donbassin since March 2014.

‘Let Us Not Fall Asleep While Walking’ was made throughout 2017 and depicts the psychological state of Ukraine looking at its future while haunted by its past and memory. The images are metaphorical representations from the everyday life encountered, where time seems frozen but dreams of hope still linger.

David Denil (BE)
Let us not fall asleep while walking