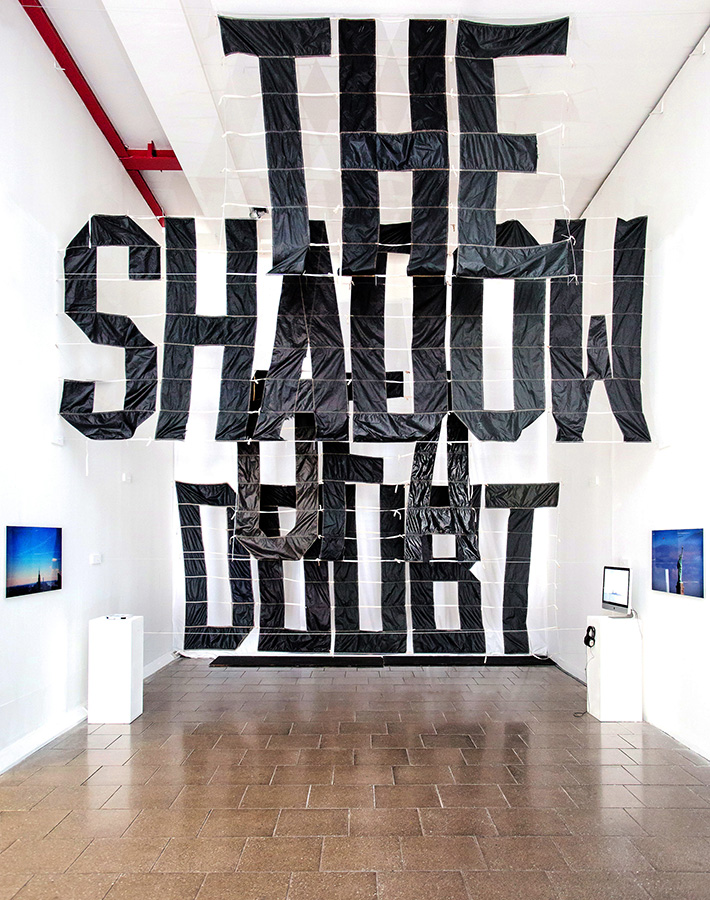 ‘Severe Clear’ was a skywriting performance for which the artist had the words ‘EXISTENCE OR NONEXISTENCE’ written above the New York City skyline on Memorial Day weekend, 2014. The phrase was extracted from a letter sent by the CIA to the American Civil Liberties Union rejecting their Freedom of Information Act request for documents relating to the US Government’s classified drone program. The full reply read, ‘…the CIA can neither confirm nor deny the existence or nonexistence of records responsive to your request.’

A second performance on Veterans Day, at the eleventh hour of the eleventh day of the eleventh month, saw a small plane circle the Statue of Liberty’s torch towing a banner that read ‘THE SHADOW OF A DOUBT’. The term refers to an unattainable burden of proof — a juridical ideal that contrasts sharply with the circumstantial evidence often used to authorise drone strikes.