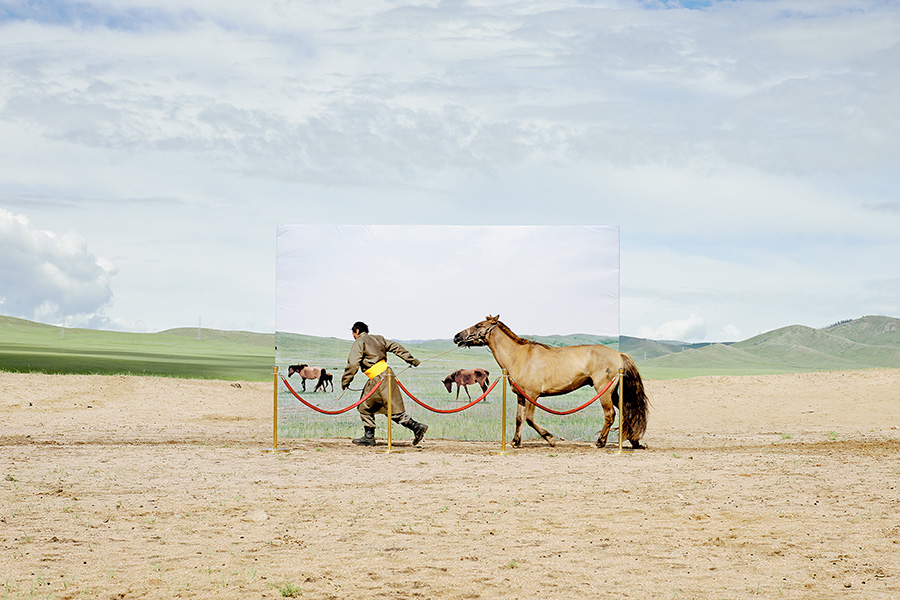 Nomadic life has been central to traditional Mongolian culture throughout history. Even with changes brought about by urbanization in recent years, 35% of Mongolians are living a nomadic life and thus still depend on their vast, open land for survival.

This is increasingly difficult because their traditional way of life is now being threatened due to serious changes in the land. According to a survey made by the Mongolian government, around 850 lakes and 2000 rivers and streams have dried out. This loss of water is contributing to the desertification of Mongolia, as 25% of its land has turned into desert in the past 30 years. Potentially 75 % of Mongolian territory is at risk of desertification. These environmental changes directly threaten the Mongolian nomadic way of life, which has been passed down from generation to generation for thousands of years.

This project attempts at recreating the museum diorama with actual people and their livestock in a real place where desertified in Mongolia. It is based on an imagination that these people try to go into museum diorama for survival in the future. This is accomplished with the printed images on a billboard placed in conjunction with the actual landscape horizon.

By doing this, I hope to accomplish a sense that the lives of these nomadic people occur between this reality and a virtual space of a museum. Mongolian traditional nomadic lifestyle might be only existed in museum in the future.